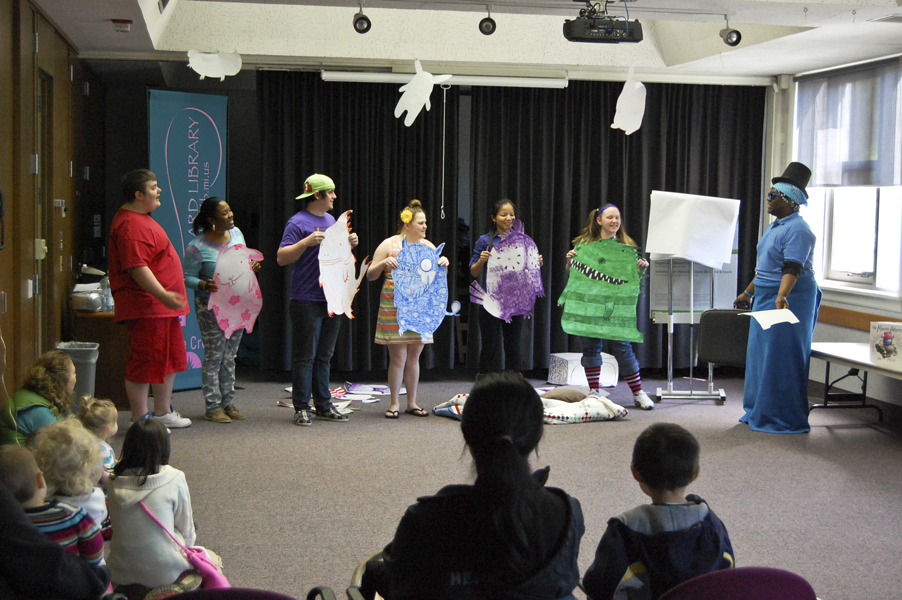 The students — pictured above in action at the library — performed adaptations of Peter McCarty’s children’s books “Jeremy Draws a Monster” and “The Monster Returns” that Poer said were created specifically for the Willard Library event and which also served as the students’ final project for the class.

The performers created monsters out of paper for the second play that were then handed out to the kids following the performances.

Friday’s theatre event comes on the heels of an event on Wednesday, April 25, that saw students from Poer’s Acting I and II classes performing six short plays for the students of Wattles Park Elementary  School. That project featured the staging of plays based on short stories written by Wattles Park students.