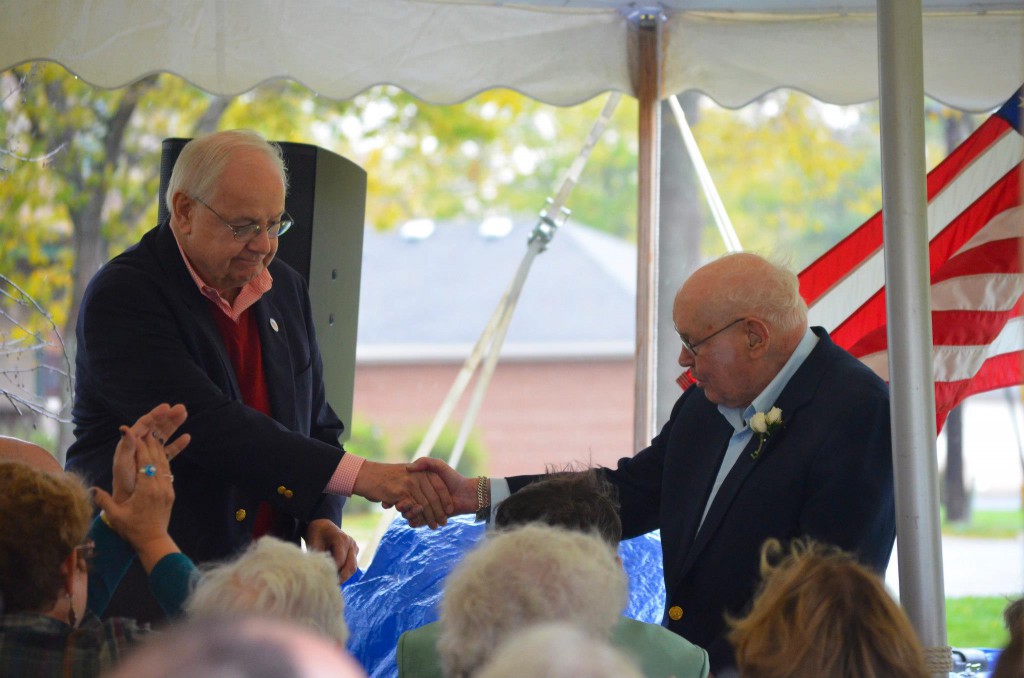 Kellogg Community College and members of the community celebrated the college’s origin as Battle Creek Community College yesterday afternoon with the dedication of a state historical marker commemorating the birth of the institution in 1956.

Speakers at the ceremony — held on the north lawn of Battle Creek Central High School, near where the first college classes were held — included former Kellogg Community College faculty and students as well as public officials from the college, school district, city of Battle Creek and state of Michigan.

Click here to see more than 50 photos from the event in a photo gallery on the Kellogg Community College Facebook page.

Pictured above, Joe Schwarz, left, a physician and former U.S. Congressman, shakes the hand of Sidney DeBoer after announcing that a lecture hall would be named after DeBoer in the college’s Schwarz Science Building. DeBoer was the college’s very first instructor.