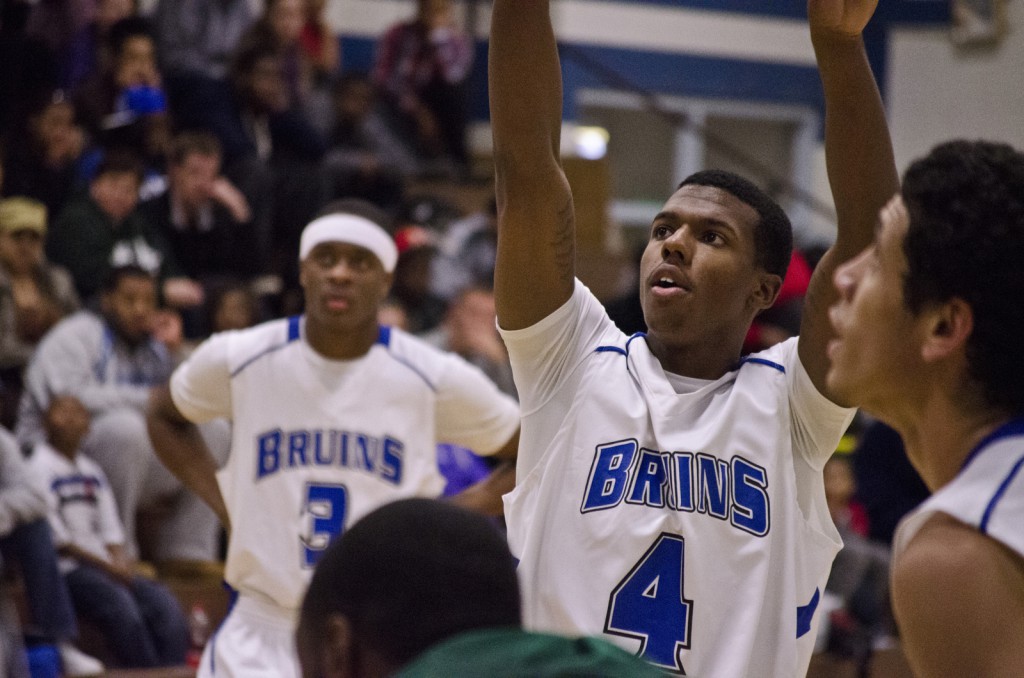 The Kellogg Community College men’s basketball team is 2-2 for the season so far, winning one and losing two since their home opening victory over Delta College on Nov. 3. See stats for the team’s latest games below.

69-88 loss to Owens Community College on Friday, Nov. 9, in Toledo (a tournament game)

The Bruins play next beginning at 3 p.m. Saturday, Nov. 17, against Mott Community College in Flint. The game continues a series of away games that will last through the rest of 2012. Click here for a complete 2012-13 men’s basketball schedule.

For a photo gallery including more than 30 images from the team’s win over Delta College, visit KCC’s Facebook page at www.facebook.com/KelloggCommunityCollege/photos_albums.