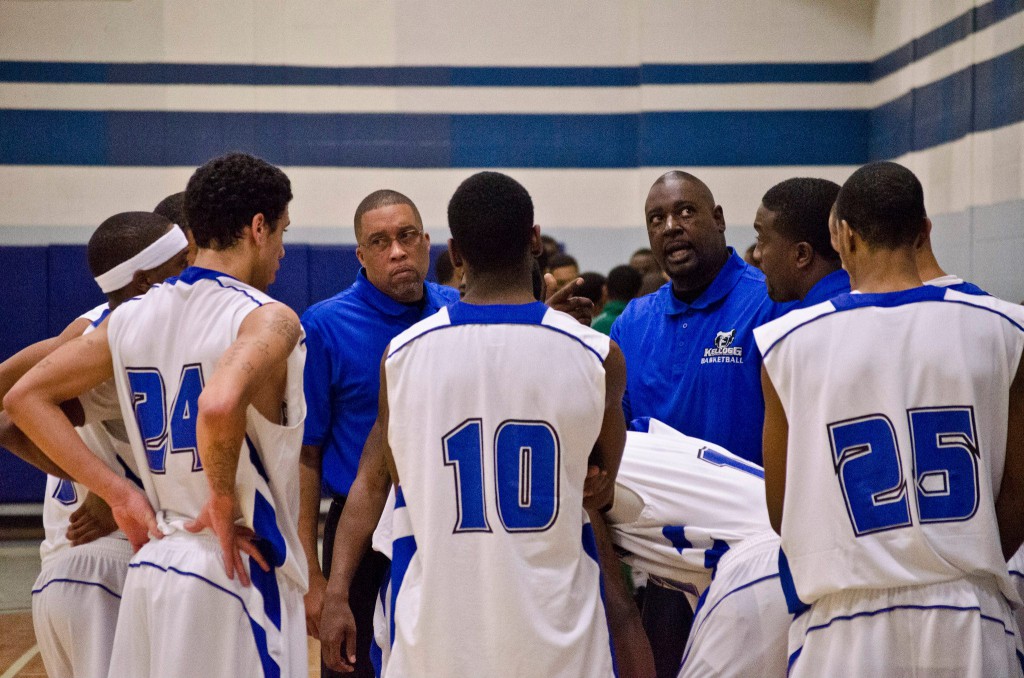 The Kellogg Community College men’s and women’s basketball teams came away from Flint with a pair of losses this past weekend after back-to-back games against Mott Community College on Saturday. Below are some stats from each game.

The women’s team fell 51-65 to MCC to bring their record for the season so far to 0-2, though they have yet to face a conference opponent.

The Kellogg Community College women’s basketball team plays next against Olivet College’s JV team beginning at 5:30 p.m. tomorrow, Tuesday, Nov. 20, in Olivet. Click here to view the team’s 2012-13 season schedule in a post on this blog.

The men’s team fell 61-79 to MCC, the National Junior College Athletic Association Region 12 defending national champions, bringing their record to 2-3 for the season. The men’s team also has yet to face a conference opponent this season.

The Kellogg Community College men’s basketball team plays next this weekend, Friday and Saturday, Nov. 23 and 24, as part of a tournament at Lansing Community College in Lansing. Click here to view the team’s 2012-13 season schedule in a post on this blog.

Pictured above, the coaches of the men’s basketball team talk to their players during the team’s home game against Delta College on Saturday, Nov. 3, 2012.