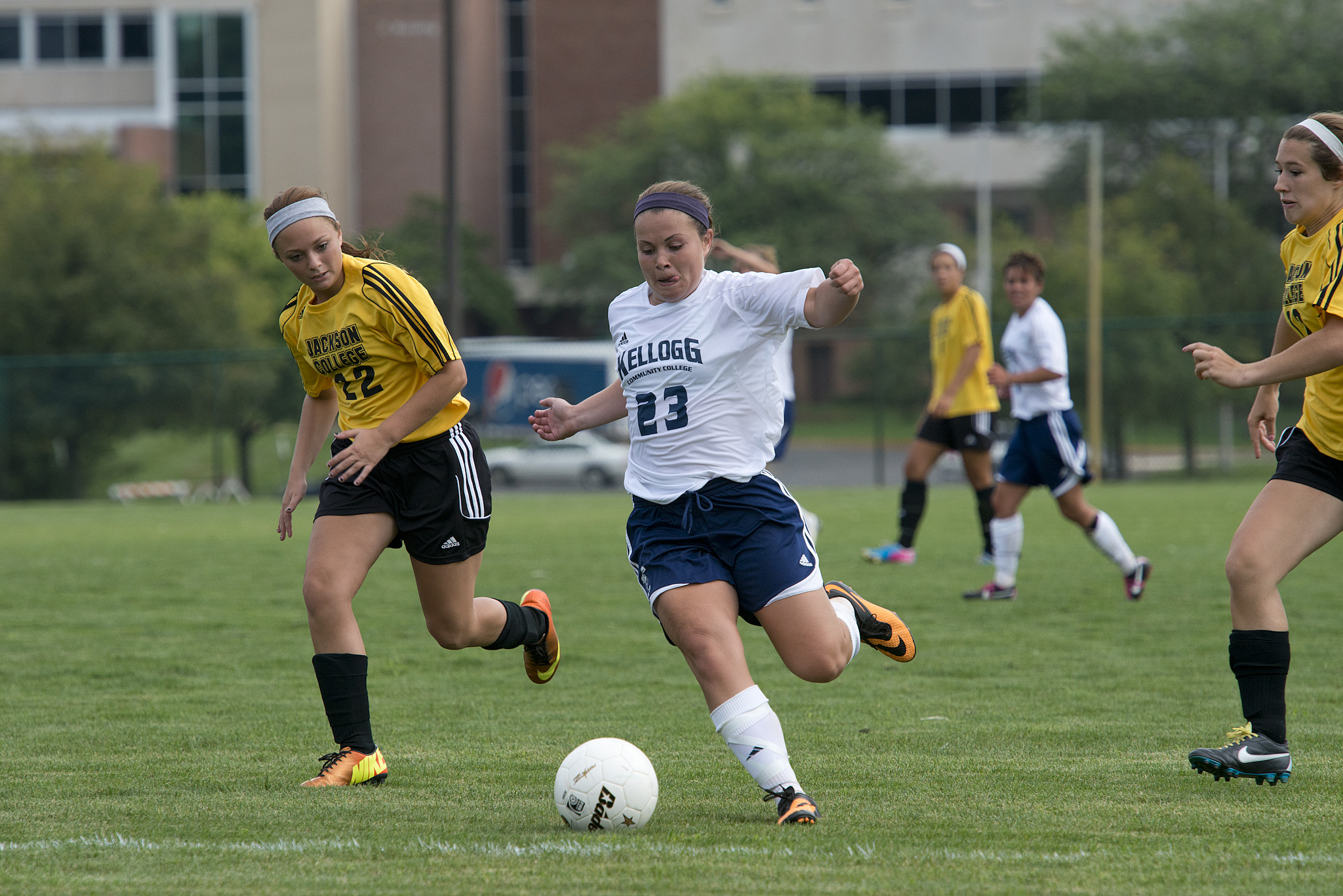 Freshman defender Ashley Viviano, of Warren, opened the game on a high note with a 35-yard goal one minute into the game. The teams were tied at the half, with Jackson pulling ahead by one before sophomore forward Taylor Underhill, of Paw Paw, added the second goal to bring the game to 2-2.

Jackson hit the net a third time and the Bruins couldn’t match it before the clock ran down.

Freshman goalkeeper Sarah Ward, of Quincy, covered the net for the full 90 minutes and had four saves.

The Bruins’ next game starts at 4 p.m. Wednesday, Sept. 4, against conference opponent Lake Michigan College at home on the soccer field on KCC’s North Avenue campus in Battle Creek. Admission is free.

KCC’s away game originally scheduled for 1 p.m. this Sunday, Sept. 1, against Owens Community College in Toledo has been rescheduled for Sunday, Oct. 20.

For more information about women’s soccer at KCC, visit www.kellogg.edu/athletics/soccer/index.html.