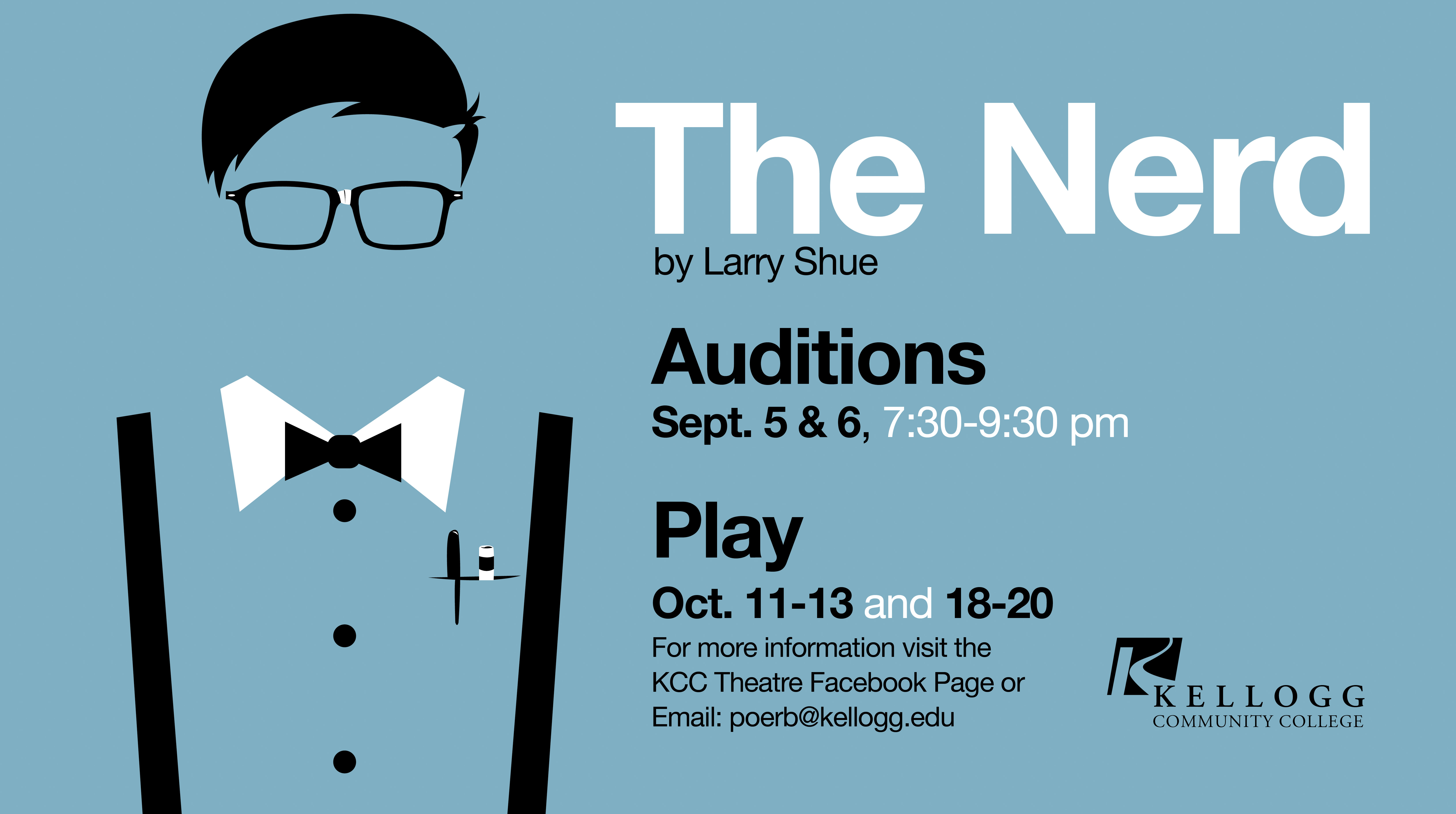 Auditions for Kellogg Community College’s fall play, “The Nerd,” were held last week, and the cast list was announced yesterday on the KCC Theatre Facebook page.

For more information about KCC’s production of “The Nerd,” visit www.kellogg.edu/performart/theatre/productions.html or contact Director Brad Poer at poerb@kellogg.edu.