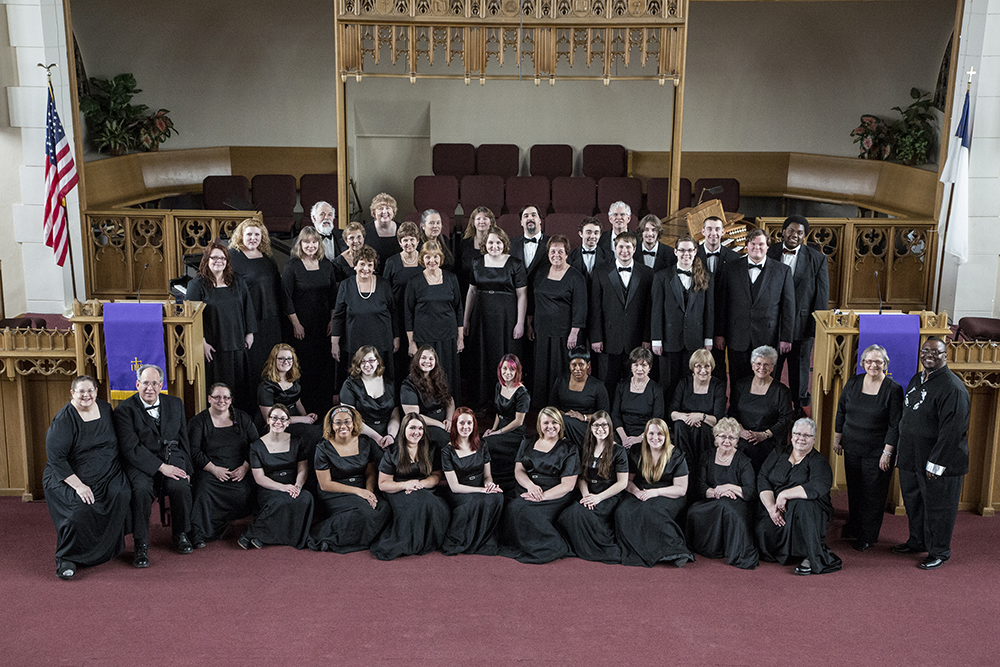 The Choral Union of Kellogg Community College will present its annual Singing in the Spring concert this year with “Music in Sacred Spaces: A Pre-European Concert Tour Program.”

The concert will feature a choir of approximately 45 singers with additional student and faculty performers and will begin at 3 p.m. Sunday, April 27, at First Presbyterian Church, 111 Capital Ave. NE, Battle Creek. Admission is free, but a freewill offering will be collected to support the choirs’ summer concert tour of Italy.

“There is truly something for everyone at this year’s concert,” Dr. Gerald Blanchard, artistic director of the KCC Choral Union and a vocal music professor at the College, said. “The range is vast and packed with quality. I can promise you that the finale of this concert will have the audience on their feet.”

The concert will feature classical music in three parts:

The KCC Choral Union consists of members of the residential KCC choirs, including the Branch County Community Chorus, Concentus Vocal Ensemble, Kellogg Singers and Women’s Chorus. The choirs’ summer concert tour will be the Choral Union’s second international tour; the group performed a concert tour of Ireland in the summer of 2012.

Singing in the Spring is part of a 2013-14 season made possible by the generosity of several sponsors, including Randall Foods, Inc., the choirs’ corporate partner. To donate in support of future choir programming, checks made payable to Kellogg Community College may be dropped off at any campus location. Contributions for the Choral Union’s concert tour of Italy may be made online at www.gofundme.com/4py40c.

The above group photo of the KCC choirs is courtesy of Ed Williams.