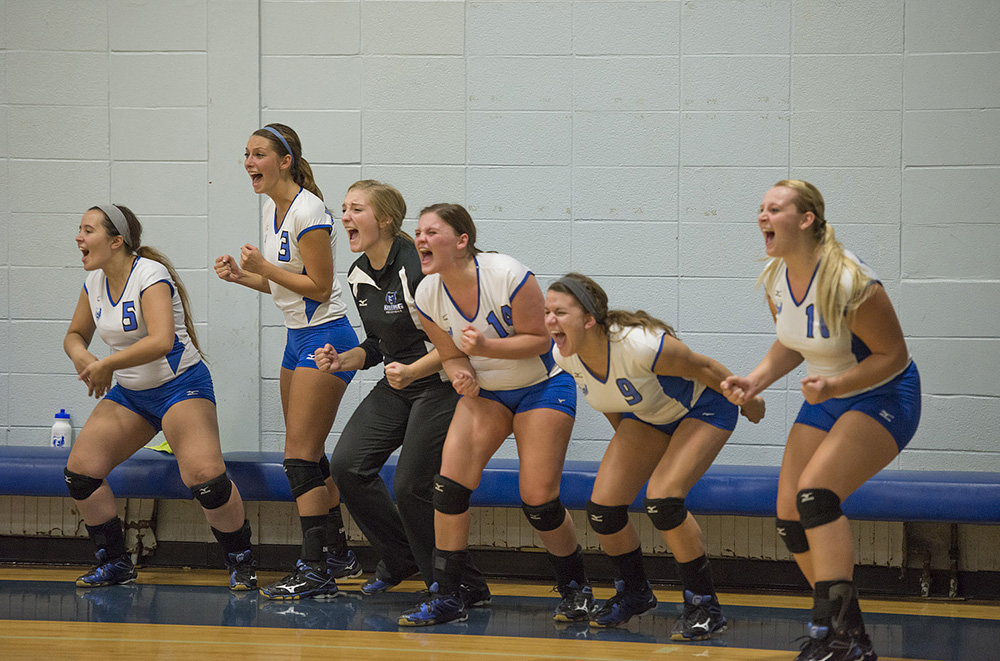 “We came out a little flat for the first two games,” Amy Julien, the Bruins’ head coach, said. “Then we decided to play Kellogg volleyball.”

The win gives the Bruins a winning 1-0 conference record to start the season and an even 3-3 record overall. The team plays next beginning at 6:30 p.m. tonight, Tuesday, Sept. 9, against conference opponent Lansing Community College in Lansing.

This Thursday is also Patriot’s Day at the Miller Gym, when a moment of silent remembrance will follow the National Anthem.