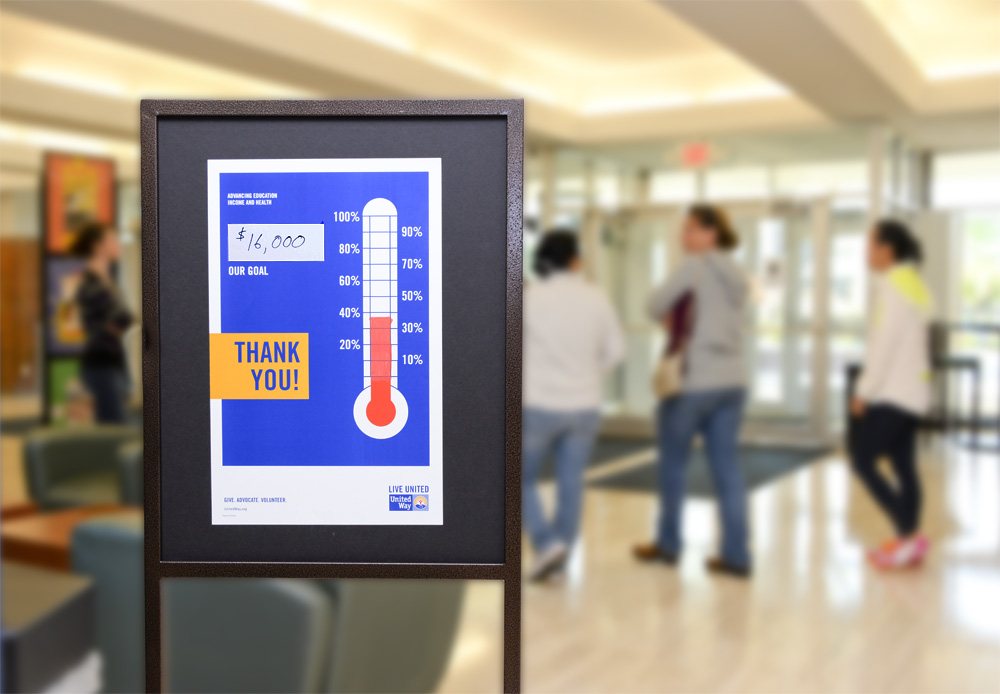 Kellogg Community College is pleased to announce that the College’s employees have pledged at least $21,447 to the United Way of the Battle Creek and Kalamazoo Region over the coming year.

KCC, which has participated annually in United Way fundraising for more than 25 years, this year is raising 20 percent more than in 2013 thanks to the generosity of the scores of employee donors, many of whom give to the United Way via payroll deductions. The pledge of $21,447 is believed to be a record amount at KCC.

“The United Way asked and our Bruins delivered big-time,” said Eric Greene, a KCC employee and co-chair of the College’s 2014 campaign. “The giving spirit of KCC employees is amazing and their commitment to financially supporting the United Way and the community at large is unwavering.”

Greene, KCC’s director of Public Information and Marketing, co-chaired the 2014 campaign alongside Terah Zaremba, dean of Student Services. They were joined in campaign leadership by about 15 additional employees in encouraging coworkers to consider donating to the United Way. The campaign included the College’s second annual Chili Cook-Off, which raised an additional $356.

“United Way’s goal remains simple: to help change the story for people, one life at a time,” said Chris Sargent, executive vice president and chief operating officer of the United Way of the Battle Creek and Kalamazoo Region. “Kellogg Community College continues to be one of those very generous supporters and active participants in creating that positive change. On behalf of United Way and all those served, we extend a very sincere thank you.”