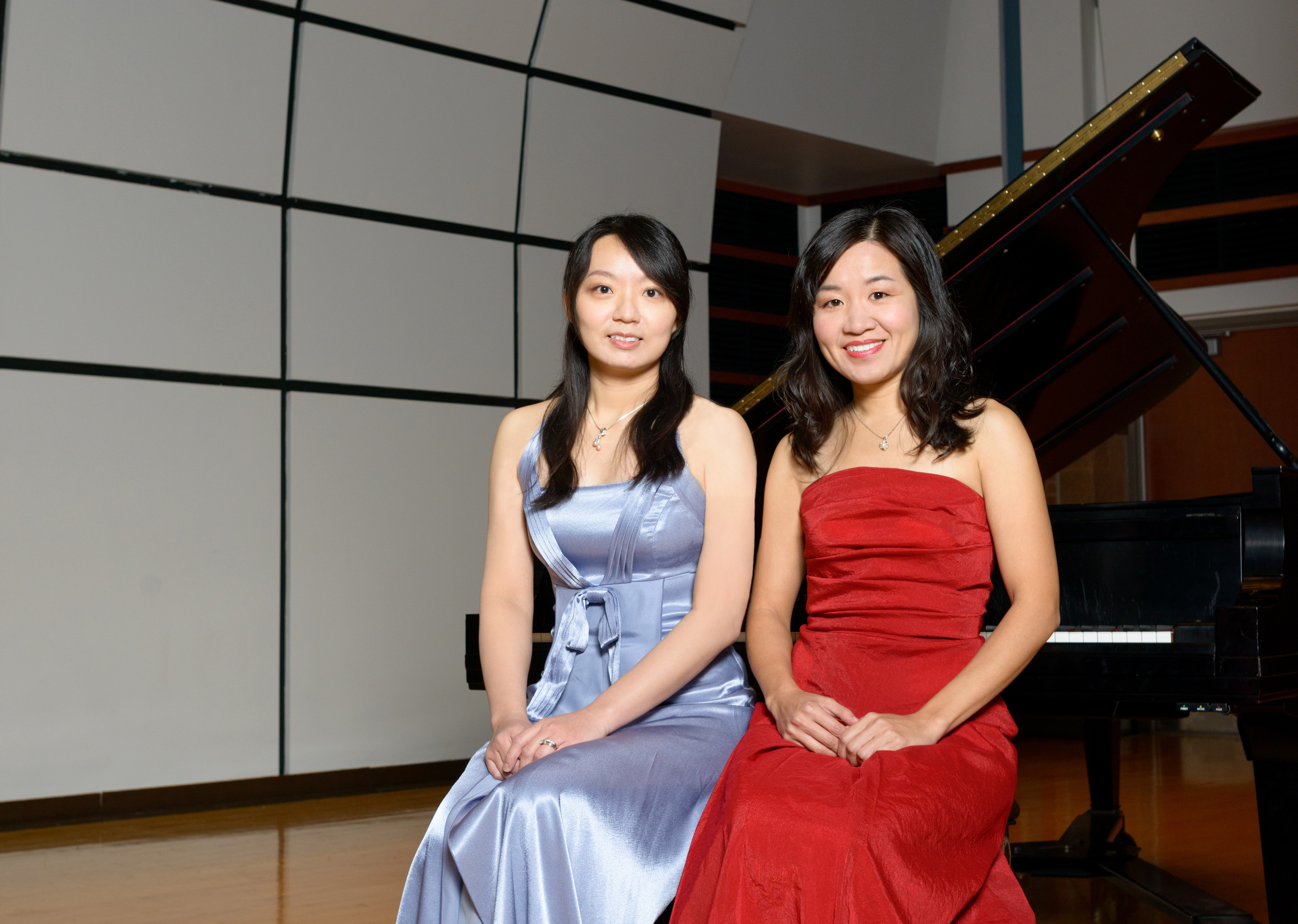 Chu and Yang, who each earned a bachelor’s degree in Taiwan before pursuing master’s and doctoral degrees in music in the U.S., met in 2012. Recognizing their similar cultural background and affinity for music, the two have been playing as a duo ever since. They are currently on a 2015 tour that includes engagements at Central Michigan and Saginaw Valley State universities.

Opening for the pair at KCC will be piano duo Grands Grandioso, including guest pianist Joan King and KCC music faculty member and pianist Paula Krontz-Harris. King and Krontz-Harris will open the Guest Artist Recital program with “Variations on a Theme of Beethoven,” by French composer Camille Saint-Saëns, and “Brazilian Dance,” by Canadian composer Roger Matton.

While the performance is free, a free-will offering to benefit music programming for KCC students will be collected.

The concert will be one of the first musical events held in the College’s newly renovated Binda Performing Arts Center since the completion of a $4.1 million renovation project at the facility last October. Additional upcoming events at the center include the continuation of KCC’s Piano Concert Series with a Faculty Artist Recital featuring pianist Katharine Cary beginning at 3 p.m. Sunday, March 1; and KCC’s spring musical production of Gilbert and Sullivan’s “The Pirates of Penzance,” opening March 20.

For more information about the Feb. 22 recital, contact Dr. Gerald Blanchard, vocal music director and music coordinator at KCC, at blanchardg@kellogg.edu or 269-965-3931 ext. 2566.

CDs featuring music from guest artists Chu and Yang will be available for purchase following the concert in the Binda lobby.