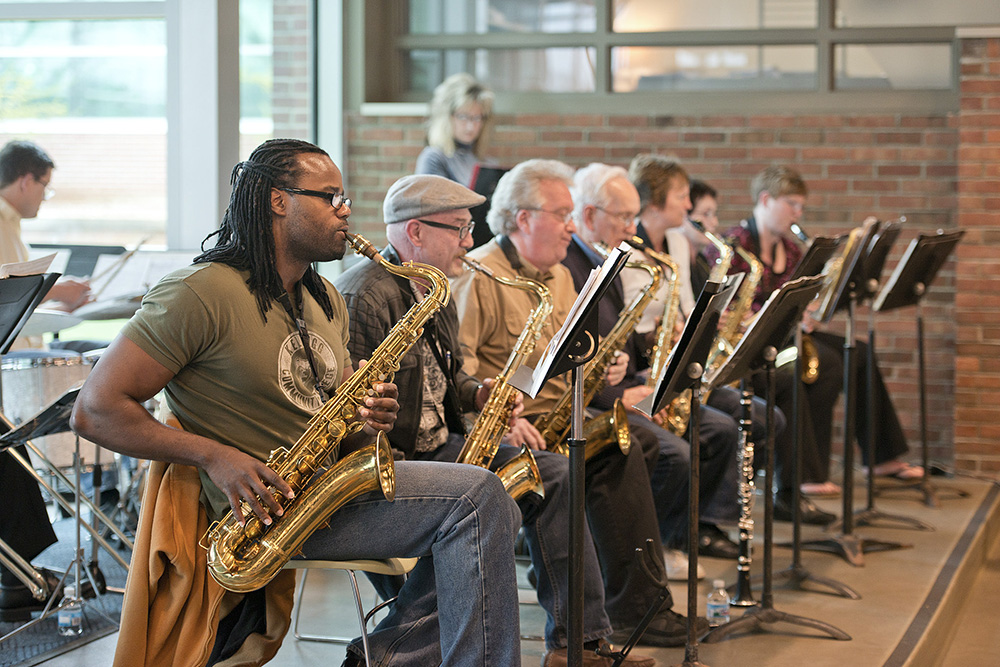 Kellogg Community College and the Community Music School will present a free afternoon of jazz beginning at 3 p.m. Sunday, May 17, at the Binda Performing Arts Center on campus at 450 North Ave., Battle Creek.

The concert, titled “And All That Jazz,” is free and open to the public and will include performances by the more than 40 musicians who make up the KCC/CMS Concert Band and the KCC Jazz Band.

“And All That Jazz” marks the final event on the Cultural Events Calendar for KCC’s 2014-15 academic year, which celebrated last fall’s re-opening of the College’s Binda Performing Arts Center after several months of renovations.

Future music events at the College include:

For more information about music programming or other artistic opportunities at KCC, contact Dr. Gerald Blanchard, director of vocal music and music coordinator at KCC, at 269-965-3931 ext. 2566 or blanchardg@kellogg.edu or visit www.kellogg.edu/music.