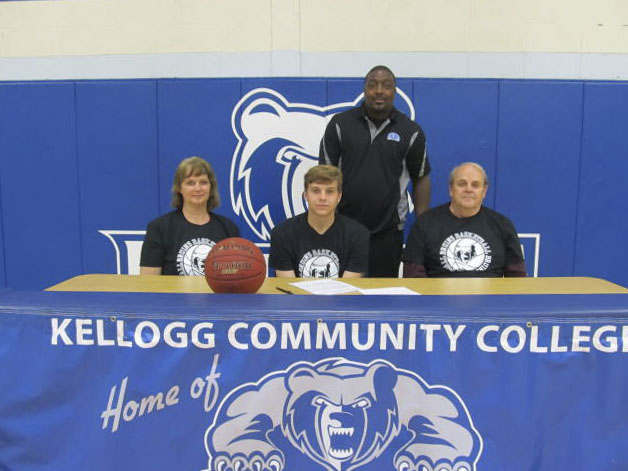 Landon Grizzle, of Delton, has signed a National Letter of Intent to play men’s basketball at Kellogg Community College and will begin playing for the Bruins next season.

Grizzle was a three-year varsity player at Delton Kellogg High School, where he was the team’s leading scorer and rebounder his senior year with 14.7 points and 9 rebounds per game. Grizzle also earned team most-improved and MVP honors and was named to the first-team all-conference and 2015 Battle Creek Enquirer All-Area Boys’ Basketball Team and was a 2015 MLive Kalamazoo Gazette Boys Basketball Dream Team honorable mention.

“Landon is a player who can play multiple positions for me next year,” Reed said. “With a high basketball IQ and the willingness to work, Landon has the potential to be a great player and teammate at KCC.”