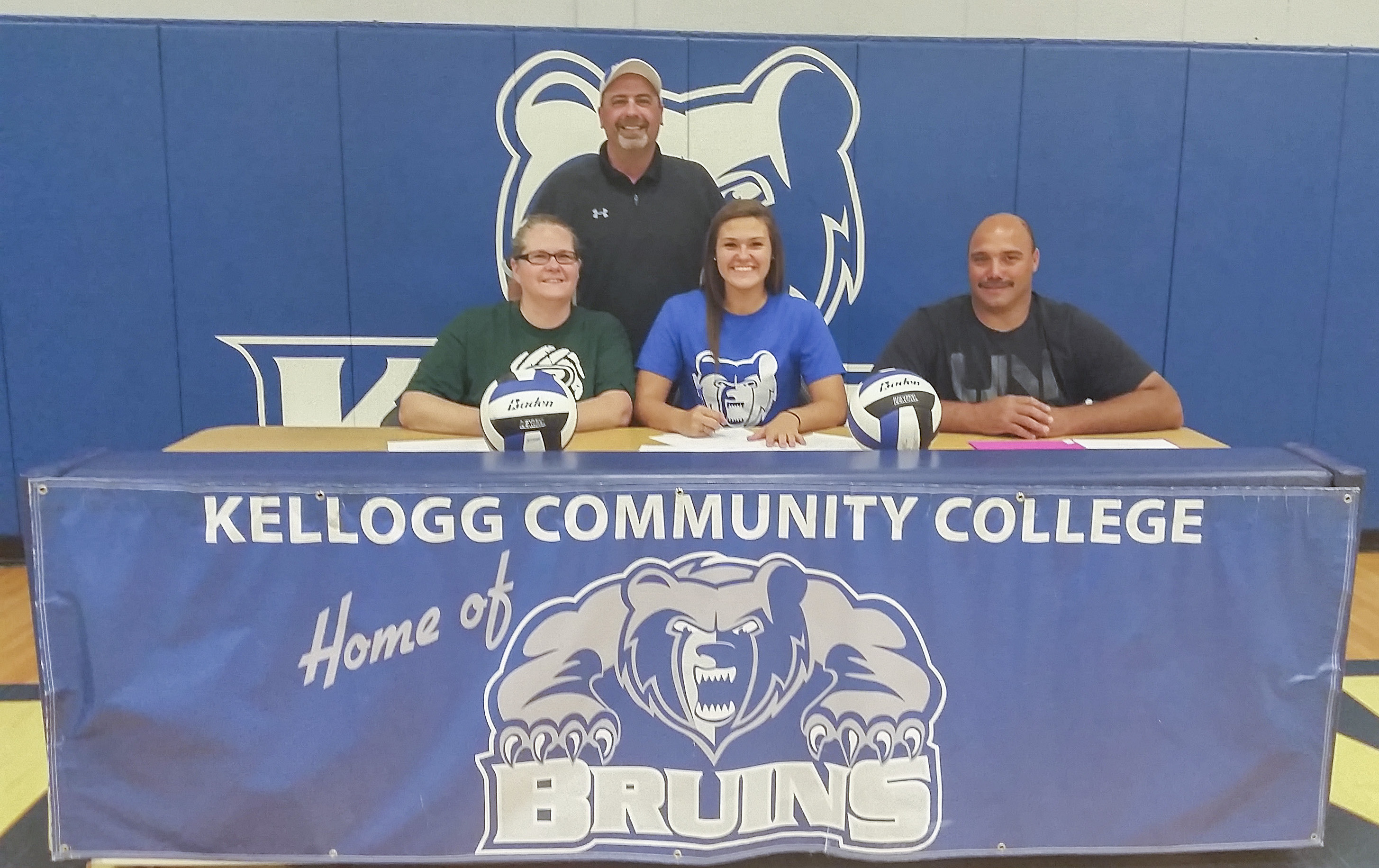 Aubrey Ritter, of Battle Creek, has signed a National Letter of Intent to play women’s volleyball at Kellogg Community College and will begin playing for the Bruins next season.

Ritter, a 2015 graduate of Pennfield High School, was MVP of her the school’s varsity volleyball team her senior year, earning all-region honors and a spot on the Battle Creek Enquirer’s 2014 All-City Volleyball Team.

“I look forward to working with Aubrey and look forward to her making an impact for us at KCC this year,” Tom VanWienen, KCC’s head women’s volleyball coach, said. “Aubrey is a great addition to this year’s freshman class.”

Area athletes interested in playing on the women’s volleyball team at KCC this season are invited try out for the team at the team’s Open Tryout from 6 to 8 p.m. Wednesday, July 29, at the College’s Miller Gym, on KCC’s campus at 450 North Ave., Battle Creek.

The tryout will be held in an open gym format including skills testing and live play, followed by an evaluation period. VanWienen said the team is looking for two or three additional players to start training with the team on Aug. 1.

For more information about women’s volleyball at KCC, contact Coach VanWienen at 269-965-3931 ext. 2535 or volleyballcoach@kellogg.edu or visit www.kellogg.edu/volleyball.

Pictured in the above signing photo are, in the front row, from left to right, Susan Ritter (mother), Aubrey Ritter and Donnie Ritter (father); and in the back row, KCC’s head women’s volleyball coach Tom VanWienen.