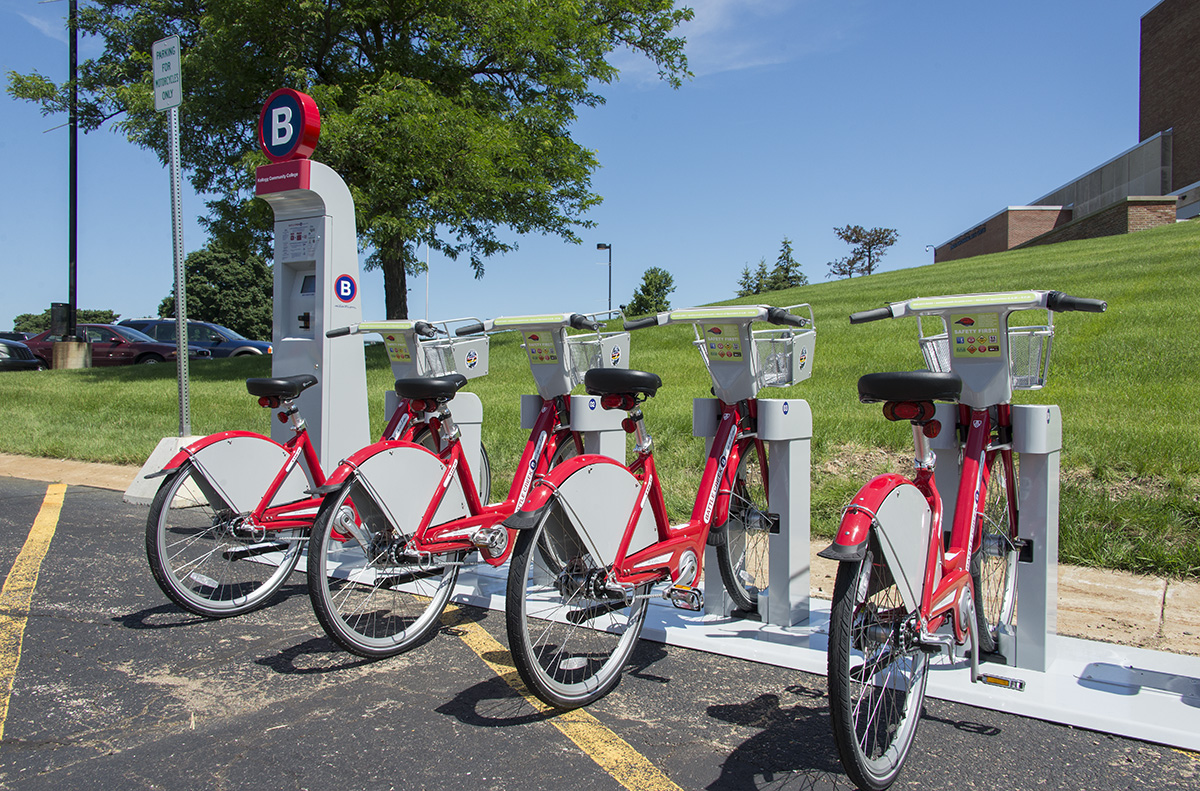 Tour De Creek, presented in conjunction with Bronson Battle Creek, the Battle Creek Community Foundation and the Calhoun County Visitors Bureau, will be held from 10 a.m. to noon Friday, July 31, in the southwest parking lot outside the College’s Lane-Thomas Building on KCC’s campus at 450 North Ave., Battle Creek.

The event is free and open to the public and will include refreshments, a ribbon-cutting hosted by the Battle Creek Area Chamber of Commerce, a bike tour of Battle Creek’s three BCycle station locations led be local celebrity riders, and more.

Eric Greene, director of Public Information and Marketing at KCC, said the College is proud to play a role in expanding the BCycle network in Battle Creek.

“We’re grateful to our partners and supporters who are helping this cutting-edge, healthy form of transportation become more prevalent in the community,” Greene said. “We hope KCC’s students, employees and residential neighbors will find the BCycle bikes to be a useful alternative to motorized travel in the Cereal City.”

BCycle is a bike-sharing system that lets riders temporarily check bicycles out for a nominal fee and return them at any one of three locations in Battle Creek, including KCC’s station and stations located near Burnham Brook Community Center and Riverwalk Centre downtown. At approximately 10:30 a.m. July 31, a group of more than a dozen area business and community leaders will leave KCC’s campus for a Battle Creek bike tour that will pass by each BCycle location before concluding back at the KCC station, which was installed in June.

Community members are invited to bring their own bikes to accompany the celebrity riders on the tour, and will have a chance to try out the BCycle bikes for themselves following the tour’s conclusion on campus.

Local celebrities riding at the event will include:

For more information or to RSVP for the event, contact Angela Myers at 269-962-2181 or visit https://battlecreek.bcycle.com to sign up for a BCycle membership.