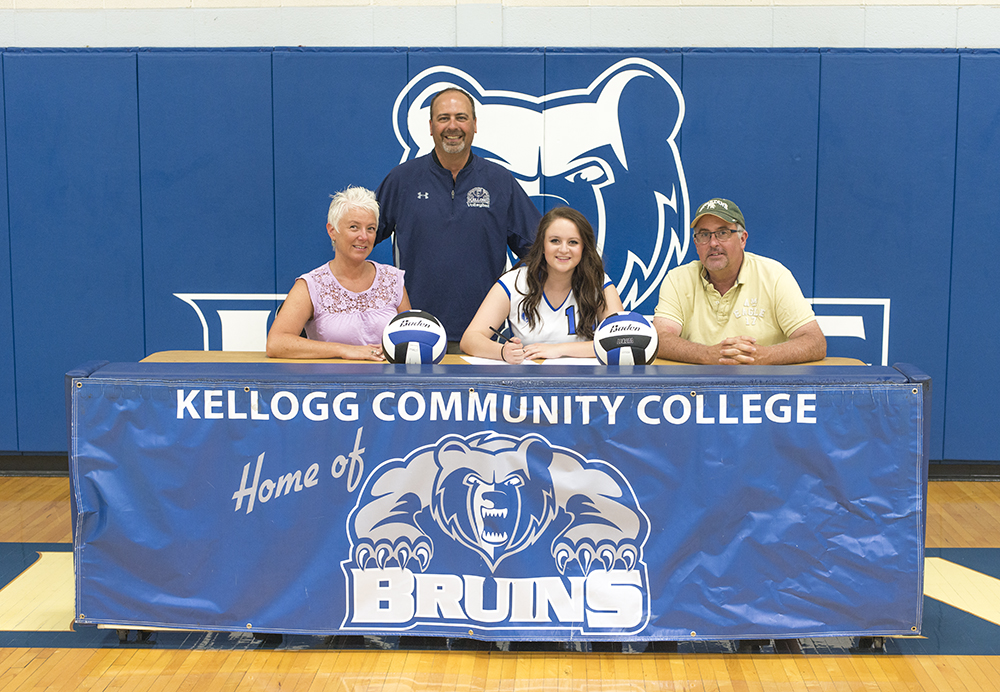 Miranda McDonald, of Schoolcraft, has signed a National Letter of Intent to play women’s volleyball at Kellogg Community College and will join the Bruins on the court this season.

McDonald, a KCC freshman and 2015 graduate of Schoolcraft High School, was a well-rounded National Honor Society student who graduated high school as valedictorian first in her class and earned a martial arts black belt in addition to being an All-KVA honorable mention for her play on the court.

Tom VanWienen, KCC’s head women’s volleyball coach, said “Miranda is going to be a great fit for our defensive scheme this year” and that the team looks forward to playing side by side with her at KCC.

The Bruins’ 2015 season – VanWienen’s first as head coach – opens the weekend of Aug. 28-29 with a tournament at Owens Community College in Toledo; the team’s first home match will be held on Thursday, Sept. 10.

High-resolution team and individual photos of the members of KCC’s 2015 women’s volleyball team – including McDonald – may be downloaded for use by fans and the media from KCC’s Flickr page at www.flickr.com/photos/kelloggcommunitycollege/albums/72157657152637419.

KCC fans and members of the media can also sign up to receive KCC Athletics results by email following each match by visiting www.kellogg.edu/volleyball and filling out the “Get KCC Athletics Results by Email” form with their respective name and email address.