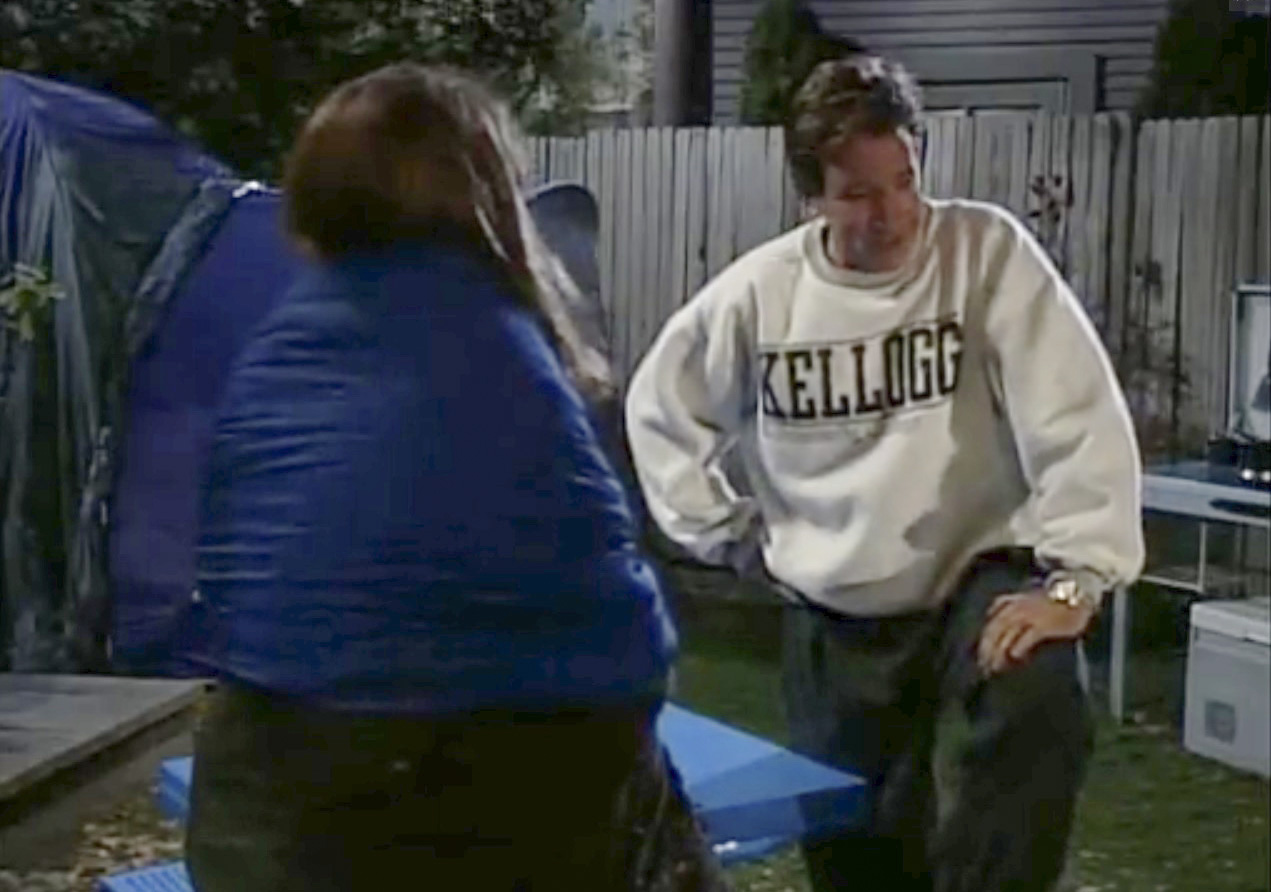 Does everybody know what time it is?

If you watched television at all in the 1990s, you may connect that quote to the television comedy “Home Improvement,” where it was used each episode to introduce the show-within-a-show “Tool Time” with Tim “The Tool Man” Taylor.

Taylor, of course, was played by actor Tim Allen, who spent many of his formative years in Michigan — he graduated from Western Michigan University in 1976 — and who famously wore many Michigan-themed shirts during his time on “Home Improvement.” The series ran for eight seasons spanning most of the 90s.

If you were following Kellogg Community College’s Facebook page this week, you may have noticed our photo post featuring a screenshot of just one of those shirts (pictured above), prominently featuring the name a familiar local institution.

Indeed, Allen wore a Kellogg Community College sweatshirt for a scene in a season six episode of “Home Improvement” titled “Jill and Her Sisters,” which originally ran in 1996. (You can watch the episode online for free via several websites; the KCC shirt-wearing begins around the 13-minute mark.)

The KCC Facebook post featuring the screenshot of Allen in his KCC shirt — click here to see it on Facebook — has reached nearly 27,000 people since it was first posted Wednesday evening. It’s been shared by more than 150 users and garnered more than 1,500 total likes, making it one of the most popular posts in KCC Facebook history.

If you’re not following KCC on Facebook, now’s a great time to start: The Spring 2016 semester begins Jan. 15, and you’ll want to stay in the loop on all the latest KCC news and information — and fun KCC-related photos, of course — that we’ll be posting in the coming weeks. Check us out at www.facebook.com/KelloggCommunityCollege.

We’ll wrap this post up with a quote from Allen himself, delivered at WMU when he accepted an honorary degree and Distinguished Alumni Award from the university in 1998.

“I believe that it’s better to make bold choices in life, than to make no choices at all,” Allen said. “If you’re idle, you won’t get anywhere.”