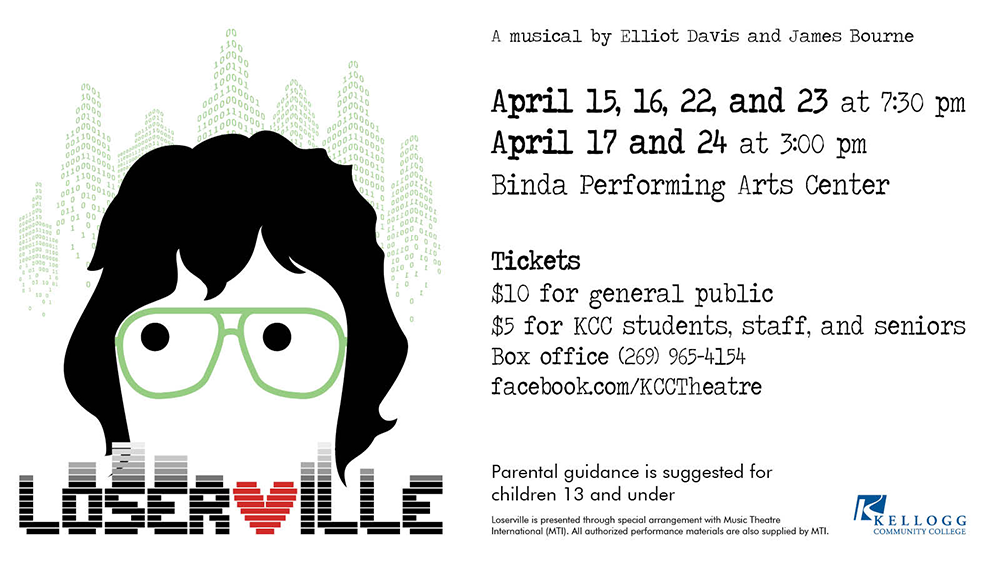 Kellogg Community College will continue its 2016 theatre season this month with a musical comedy blending the atmosphere of the 1970s with the pop-rock sensibilities of the early 2000s.

“Loserville,” a British musical based on the debut album of a real-life rock group, Son of Dork, will run for six showings this month at KCC’s Binda Performing Arts Center, on campus at 450 North Ave., Battle Creek. Showings include:

“Loserville” debuted in London in 2012 and centers on a group of American teens in the 1970s, including a computer geek named Michael Dork as he tries to work up the courage to talk to his crush. KCC Theatre professor Brad Poer, who is directing the production, said the play is full of hilarious pop culture references and is sure to be a crowd-pleaser.

“With a story about the search for acceptance, love and camaraderie in a world before geeks ruled the world, and a bright, high-energy pop-rock score, we have no doubt that ‘Loserville’ will surprise and delight our audiences,” Poer said.