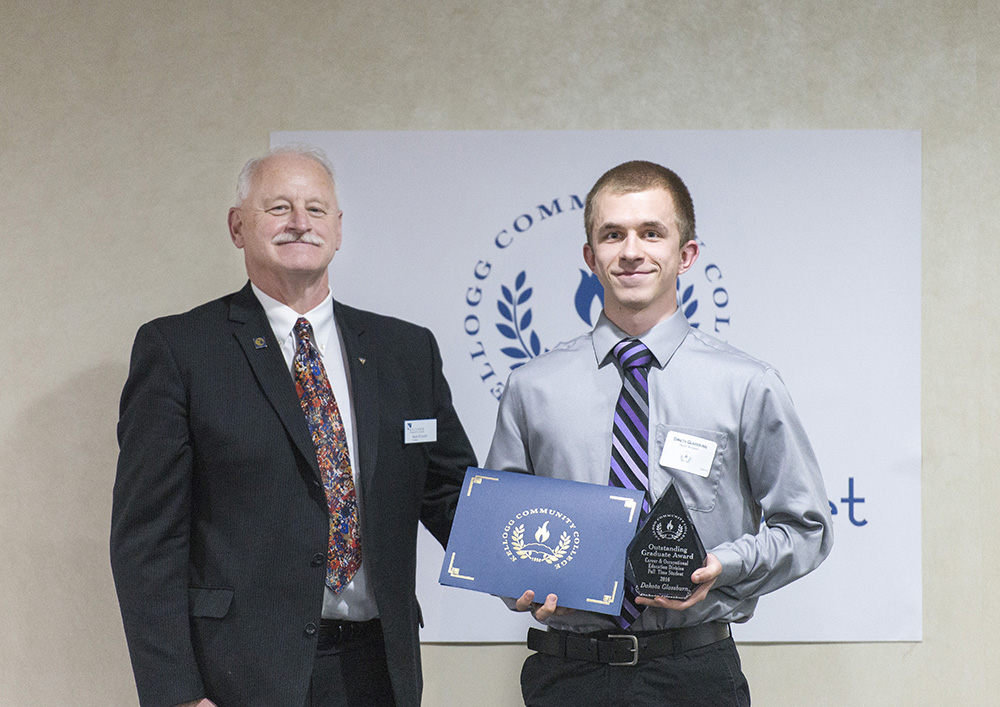 Thirty-five students were honored with 42 awards at the banquet, which recognizes students’ outstanding achievement in their field of study. Award winners are selected by the faculty and administrators from the department that corresponds with each award; awards are also given to the overall outstanding full- and part-time graduates in each of the College’s two academic divisions.

Pictured above, KCC student Dakota Glassburn accepts an award for Outstanding Full-Time Career & Occupational Education Graduate 2016 from KCC President Mark O’Connell. The award was one of three Glassburn was awarded during the event.