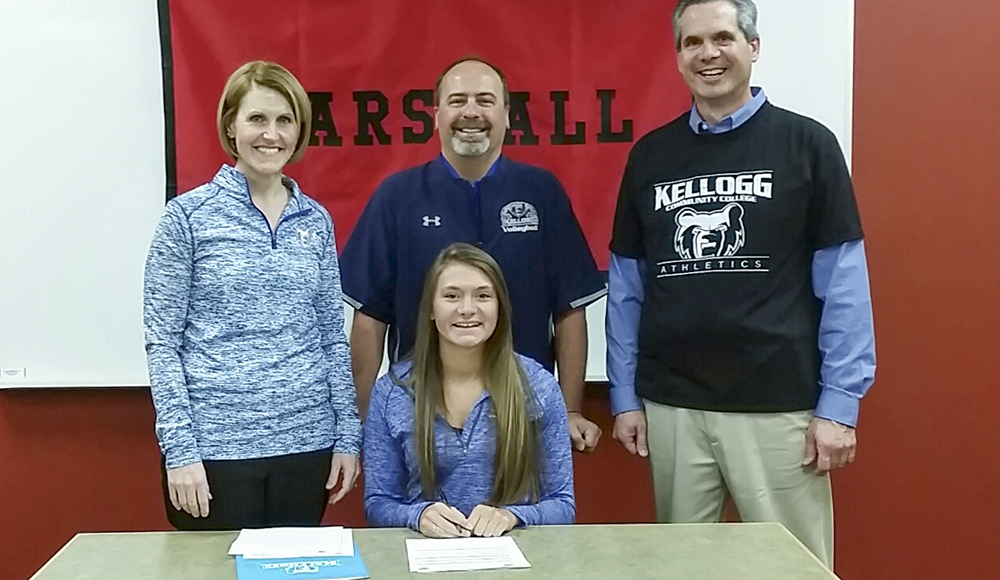 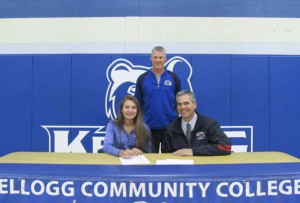 Emily Delmotte, of Marshall, has signed National Letters of Intent to play women’s basketball and volleyball at Kellogg Community College and will begin playing for the Bruins starting with the volleyball team this season.

Delmotte, a graduate of Marshall High School and member of the National Honors Society, was a member of Marshall’s Class B Women’s Basketball State Championship team in 2016 – earning Sixth Team All-State honors – and was an All-State Honorable Mention in volleyball.

“Emily is going to be a great addition to the team this year,” said Tom VanWienen, head coach of KCC’s women’s volleyball team. “She is highly skilled and will help us on the offensive and defensive sides of the court.”

Kyle Klingaman, head coach of KCC’s women’s basketball team, said Delmotte “has a great attitude and knows what it takes to win.”

For more information about women’s basketball at KCC, visit www.kellogg.edu/womens-basketball or contact Coach Klingaman at 269-965-3931 ext. 2524 or klingamank@kellogg.edu.