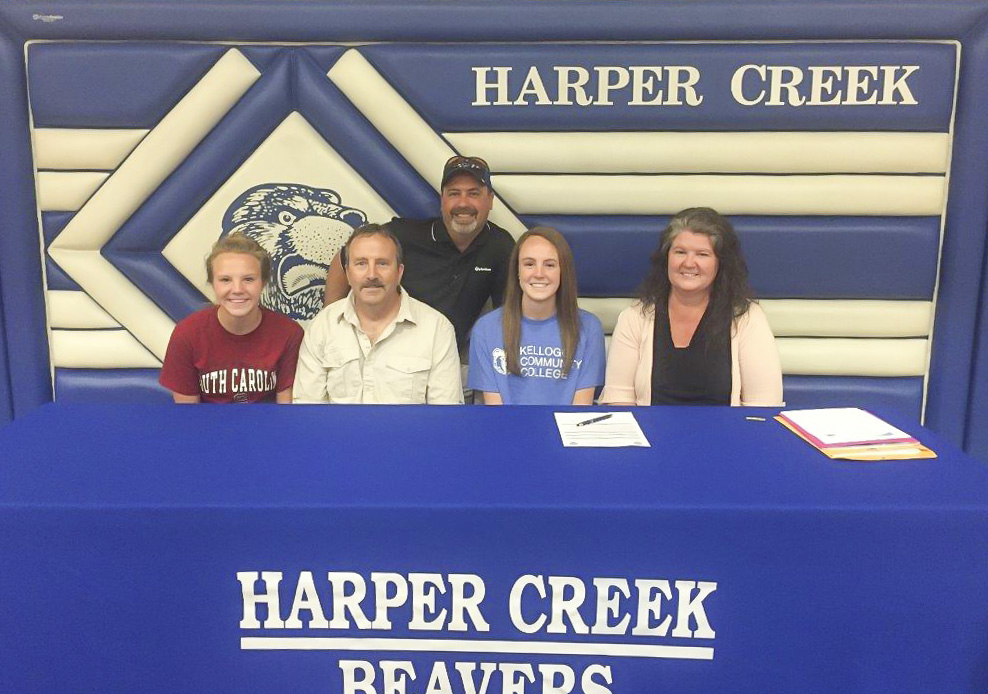 Kim Kusler, of Ceresco, has signed a National Letter of Intent to play volleyball at Kellogg Community College and will begin playing for the Bruins this season.

Kusler, a 2016 graduate of Harper Creek High School, was a four-year varsity player who played in two state semifinals. Kusler’s volleyball honors include a place on the Battle Creek Enquirer’s 2015 All-City Volleyball Team, which features the top 15 high school volleyball players as voted on by the city’s varsity coaches.

“Kim is going to be a big part of the team for us this year,” said Tom VanWienen, head coach of KCC’s women’s volleyball team. “She’s an all-around player that we look forward to having on the floor for KCC.”