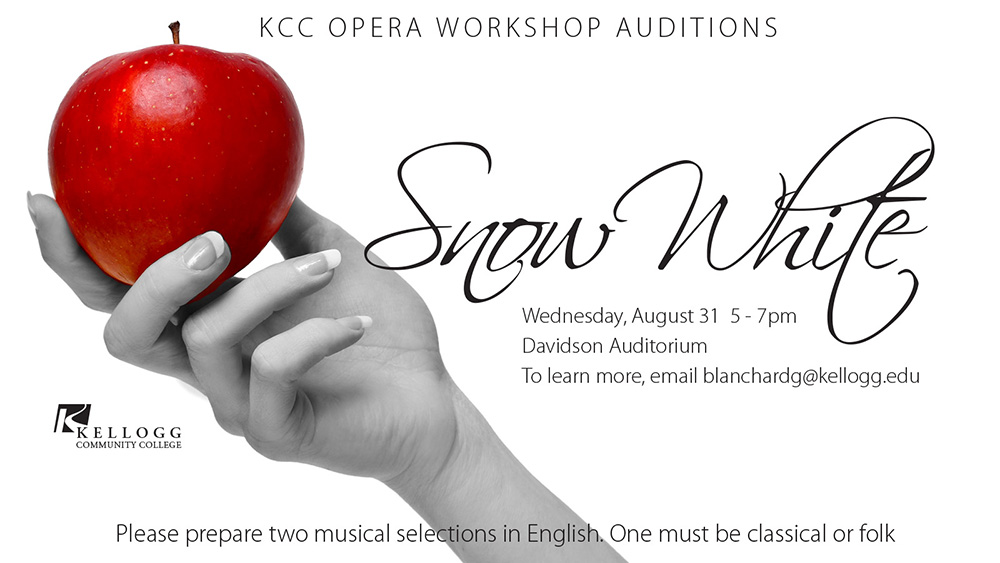 “Snow White” is a one-act opera based on the popular fairy tale first published by the Brothers Grimm. The production, which is scheduled to begin at 3 p.m. Dec. 4 at the Binda Performing Arts Center, will also include works by composers including Mozart, Romberg, Gilbert and Sullivan and Menotti.

For more information about music and performance offerings at KCC, visit www.kellogg.edu/music or contact Blanchard at blanchardg@kellogg.edu.