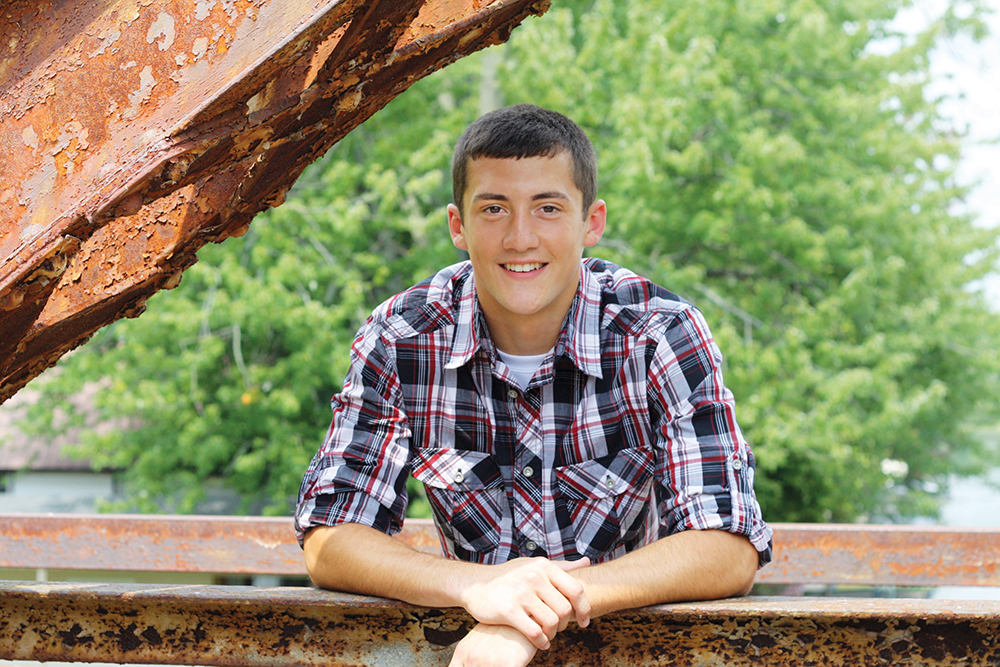 Editor’s note: The following release and above photo were provided by the Law Enforcement Education Program (LEEP).

Kellogg Community College student Ryan Ferguson is among 22 top students who will receive $1,000 college scholarships to encourage their pursuit of law enforcement/public safety careers by the professional public safety officers of the Law Enforcement Education Program (LEEP). This is his second LEEP scholarship.

Ferguson graduated 24th out of 137 from Pennfield High School and is pursuing a Criminal Justice degree. The stepson of Battle Creek Police Lt. Jim Martens is a Battle Creek Police Cadet and would like to become a department officer. “Due to this employment, I am convinced more than ever that this is the career path I want to take and that I will be successful in with the help of this scholarship,” Ferguson wrote in his scholarship application.

He received a Letter of Commendation at the Battle Creek Police Department Awards Ceremony for assisting in a June 2014 fatal car crash. Ferguson and his parents came upon a rollover crash and found a woman had been ejected from the vehicle and a baby hanging upside down in her car seat. Lt. Martens safely removed the baby and his wife, Jackie, comforted the child. Ryan and his dad stayed on scene with other victims until emergency personnel arrived at which time the Martens took the baby to the police station and waited until family arrived. “This family performed tasks in an uncompromising manner under unusual circumstances,” the letter of commendation stated.

“As a Junior, I represented my Criminal Justice class by being selected to attend the Michigan State Police Kiwanis Club Career Law Enforcement Academy,” Ferguson wrote. He received certificates for completing Law Enforcement Orientation Program for Michigan High School Students and Criminal Justice courses. He was one of three students from over 100 selected for the prestigious (Michigan State Police) program. “I have trained with many people in my career and would want someone of Ryan’s caliber on my team,” wrote Calhoun Area Career Center Law Enforcement Instructor Martin F. Brown.