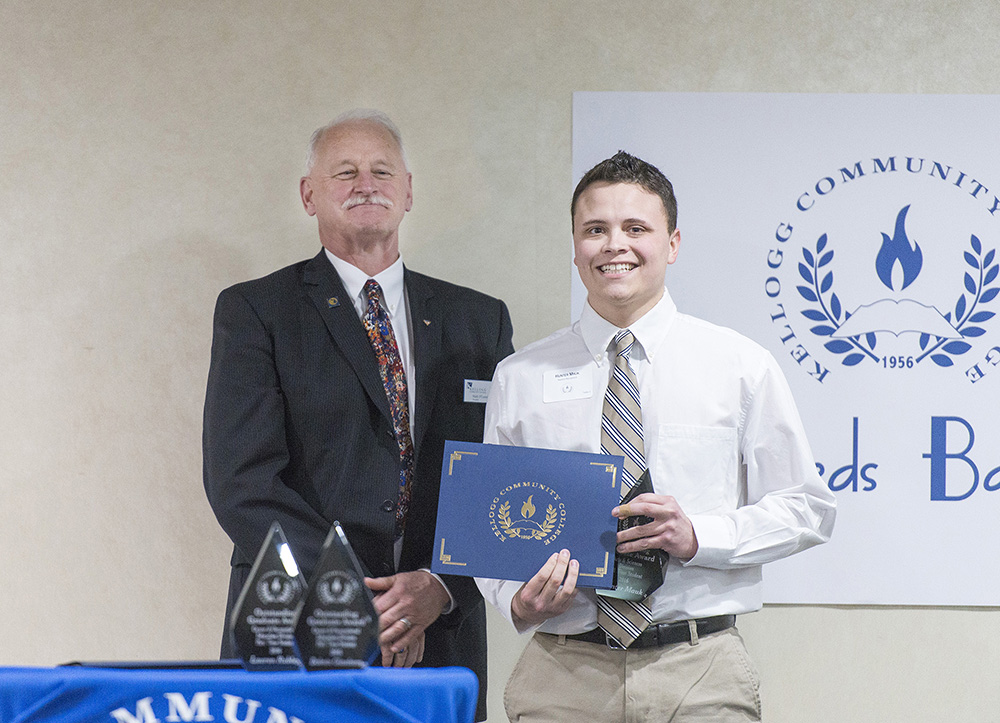 Mauk, of Bedford, graduated from KCC in 2016 with an Associate in Science degree and is currently studying chemical engineering and math at Western Michigan University. Mauk was a standout student at KCC, earning both the Outstanding Achievement in Chemistry and Outstanding Full-Time Arts & Sciences Graduate awards at the College’s annual Awards Banquet in April 2016.

Carole Davis, chair of KCC’s Math and Science Department, said the College is proud to see such an accomplished alumnus continue his success at a four-year school.

“We are so incredibly proud of Hunter,” Davis said. “He is not only an amazing student for his academics but someone who went above and beyond to support his fellow KCC students and his community. He is an outstanding representative of who Bruins are and what we can do.”

For more information about the MichMATYC or the Karen Sharp Student Scholarship Award, visit www.michmatyc.org.

Pictured above is a photo of Mauk, right, accepting the award for Outstanding Full-Time Arts & Sciences Graduate from KCC President Mark O’Connell at the KCC Awards Banquet in April.