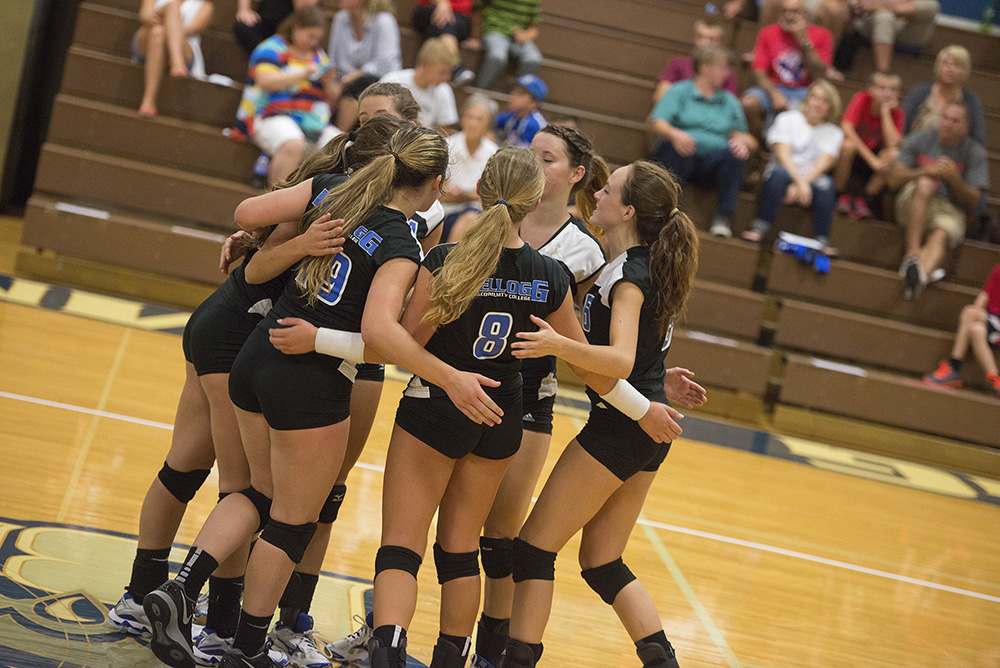 The Kellogg Community College volleyball program invites Bruin alumni and the public to celebrate with the team Oct. 27 as it plays a final home match in the historic Miller Physical Education Building.

The KCC Bruins will host Mott Community College at 6:30 p.m. Thursday, Oct. 27, inside the Miller Building, 450 North Ave., which is scheduled to be demolished in 2017 and replaced with a new facility on KCC’s North Avenue campus in early 2018.

“KCC Volleyball has a long and celebrated history in Battle Creek and we’re hoping many alumni will return to our final match to reconnect with each other and take one last look at the Miller Gym before we move into the next chapter of KCC Volleyball,” said Head KCC Volleyball Coach Tom VanWienen.

“Over the years, the Miller Gym is where players spent hours upon hours pushing themselves as athletes and bonding as teammates. As a result, the facility holds a special place in the hearts of all of the volleyball players who have been a part of this program,” VanWienen said.

KCC’s volleyball program prides itself on maintaining a strong tradition of excellence both on and off the court. KCC volleyball teams have won dozens of championships since the 1970s, including seven national championships – four in men’s volleyball and three in women’s.

Alumni who attend the Oct. 27 match are invited to stop by a reception before or after the event. The reception will include light snacks and volleyball photos from the KCC archives. Several individuals and groups will be formally recognized on the court in between games. The match also is special for Mott, whose coaches, Bob Halbedel and Jeff Hamlin, played for the Bruins and won national championships while playing at KCC.

The Miller Building, built in 1966, has become outdated and inefficient from a facility operation standpoint. After reviewing multiple design options, KCC determined this year that a replacement – rather than renovation – is the most cost-effective option. KCC will pay for the estimated $10 million project with revenue from a voter-approved capital millage and other grants. The new facility will have dedicated space for physical education curriculum, a bigger weight and workout room, a bigger gymnasium, dedicated space for KCC Police Academy fitness training, efficient heating and cooling systems and other modern amenities. During the construction period in 2017 and 2018, KCC’s athletic and physical education programs will temporarily relocate to other community facilities in Battle Creek.