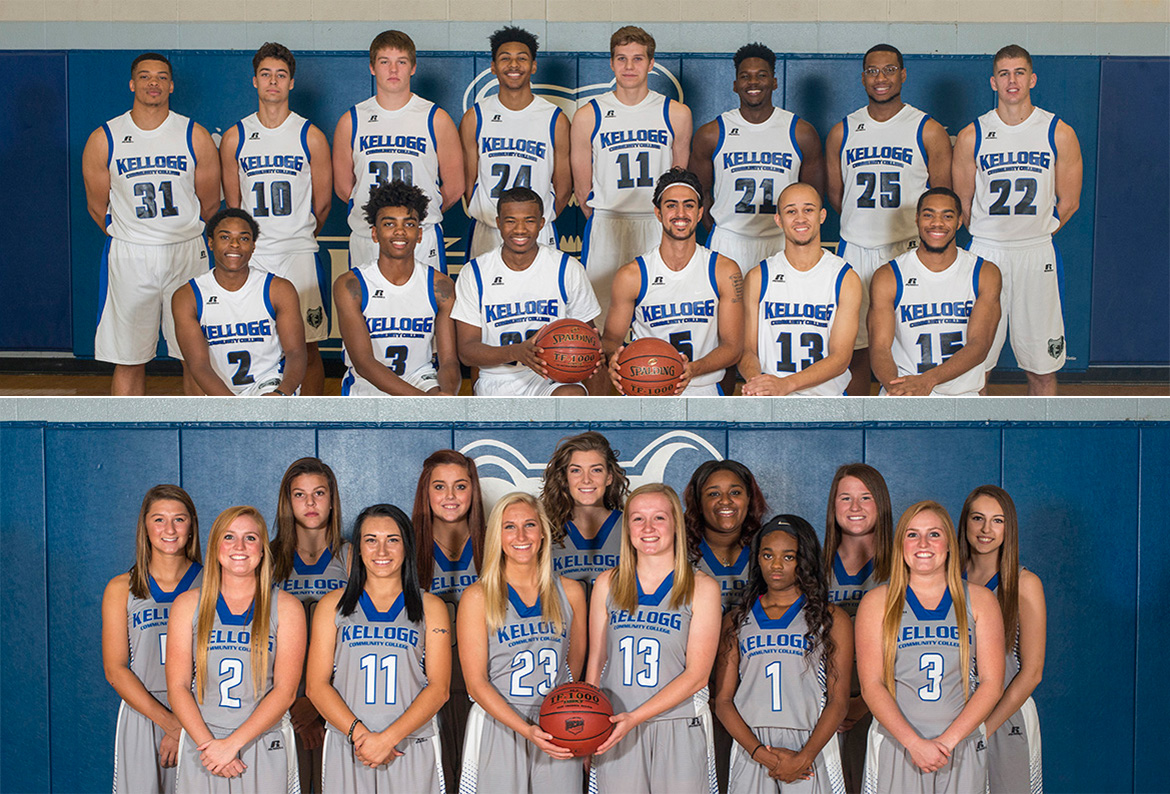 Kellogg Community College’s men’s and women’s 2016-17 basketball seasons start this month, opening with a pair of home games on Nov. 5.

Both teams open their seasons with home games against Sinclair Community College at at the gym in KCC’s Miller Physical Education Building, on campus at 450 North Ave., Battle Creek. The women’s team begins play at 1 p.m.; the men’s team starts at 3 p.m.

Saturday’s games will also include a short midcourt celebration starting at approximately 2:20 p.m. to honor the College’s past and present athletic teams, as this is the final season that will begin in the Miller Building before it’s demolished to make way for a new facility in 2017-18.

Admission to both Saturday games, as with all KCC home games, is free.

The men’s basketball team this year includes a dozen players, including five returning sophomores, under the leadership of Head Coach Ben Reed. For more information about KCC’s men’s basketball team, including a full team roster, schedule and links to official team and player photos available for download by fans and the press, visit www.kellogg.edu/mens-basketball. Coach Reed can be reached at mbbcoach@kellogg.edu.

The women’s basketball team this year includes an all-freshman roster of 10 under the leadership of Head Coach Kyle Klingaman. For more information about KCC’s women’s basketball team, including a full team roster, schedule and links to official team and player photos available for download by fans and the press, visit www.kellogg.edu/womens-basketball. Coach Klingaman can be reached at klingamank@kellogg.edu.

To receive KCC basketball results by email following each game, visit www.kellogg.edu/athletics and fill out the “Get KCC Athletics Results by Email” form.