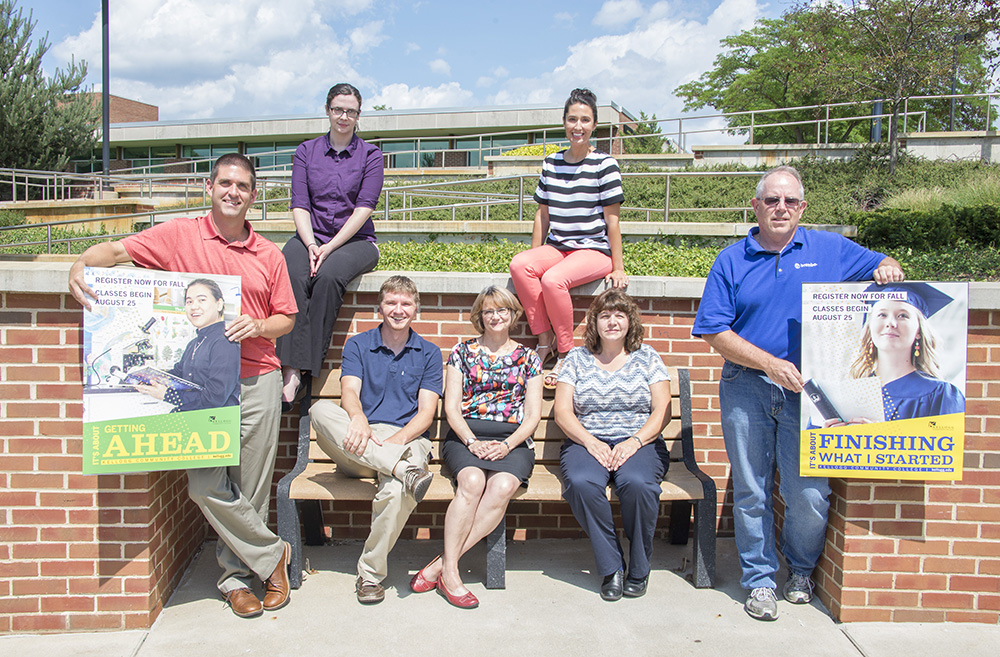 The National Council for Marketing and Public Relations has honored Kellogg Community College’s Public Information and Marketing Department with eight Medallion Awards for its efforts to recruit students and promote the College during the 2015-16 academic year.

The awards were announced in October during the NCMPR’s District Three awards dinner in Ann Arbor. KCC was recognized with awards in the following categories:

“Day in and day out, we work creatively and tirelessly to help KCC make meaningful connections with current students, prospective students and partners across the region,” Greene said. “We’re thrilled to receive eight Medallion Awards and sincerely grateful that our performance has once again been recognized by our peers in higher education.”

KCC’s PIM Department, which provides a variety of in-house marketing, communications, graphic design and public relations services on behalf of the College, won four Medallion Awards in 2012, four in 2013, six in 2014 and three in 2015. The department also won two prestigious Paragon Awards – national honors bestowed by the NCMPR – in 2013.

The NCMPR represents marketing and public relations professionals at community and technical colleges across the United States and Canada. District Three of the NCMPR includes schools in Illinois, Indiana, Michigan, Ohio, Wisconsin and Ontario. Gold, silver and bronze Medallion and Paragon honors are awarded annually in a variety of marketing and public relations categories.