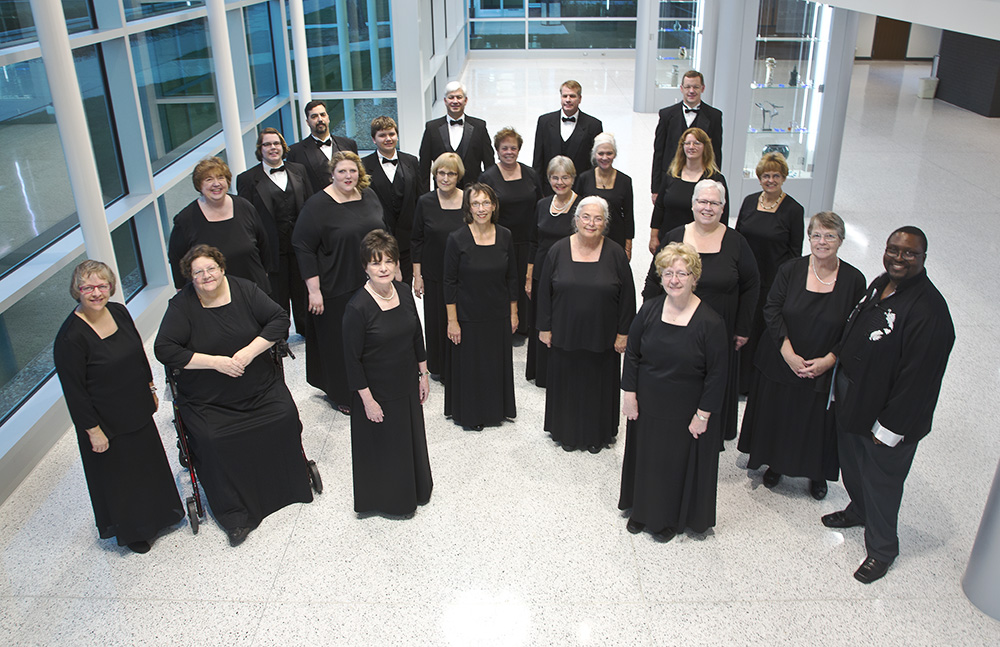 Kellogg Community College’s Vocal Arts Area will wrap up its holiday season next month with a choral spectacular featuring three of the College’s choral ensembles in one show.

KCC’s Branch County Community Chorus will be the hosting ensemble for the College’s 12th annual Sounds of the Season holiday concert, “’Twas the Night Before Christmas,” which will also include performances from the Kellogg Singers and the KCC Choral Union. The concert, which is free and open to the public, will begin at 7:30 p.m. Saturday, Dec. 3, at St. Mark’s Episcopal Church, 27 E. Chicago St., Coldwater.

A freewill offering to support KCC music initiatives will be collected during the event.

The concert program will be performed under the artistic direction of Dr. Gerald J. Blanchard, professor of vocal music at KCC, and guest musical artist the Bel Canto Singers, a six-voiced vocal ensemble led by Gay Shaw. The concert will begin with an audience singalong of traditional holiday carols, accompanied by Kathy Cary and Nancy Brown on a historic Johnson Tracker organ.

The program will feature a wide variety of seasonal classics, including:

Blanchard said the centerpiece composition will be a musical telling of the classic children’s holiday story, “’Twas the Night Before Christmas,” as arranged by Harry Simeone.

“It has also been rumored that the jolly old elf himself, Santa Clause, may make a surprise appearance,” Blanchard said. “This concert is one not to be missed!”

For more information about this concert or other musical events and initiatives at KCC, call 269-565-7859 or visit www.kellogg.edu/music.

The Branch County Community Chorus is a 20-member mixed choir made up of community members and students who perform choral works from various periods and genres. The BCCC celebrates its 15th anniversary during the 2016-17 concert season.