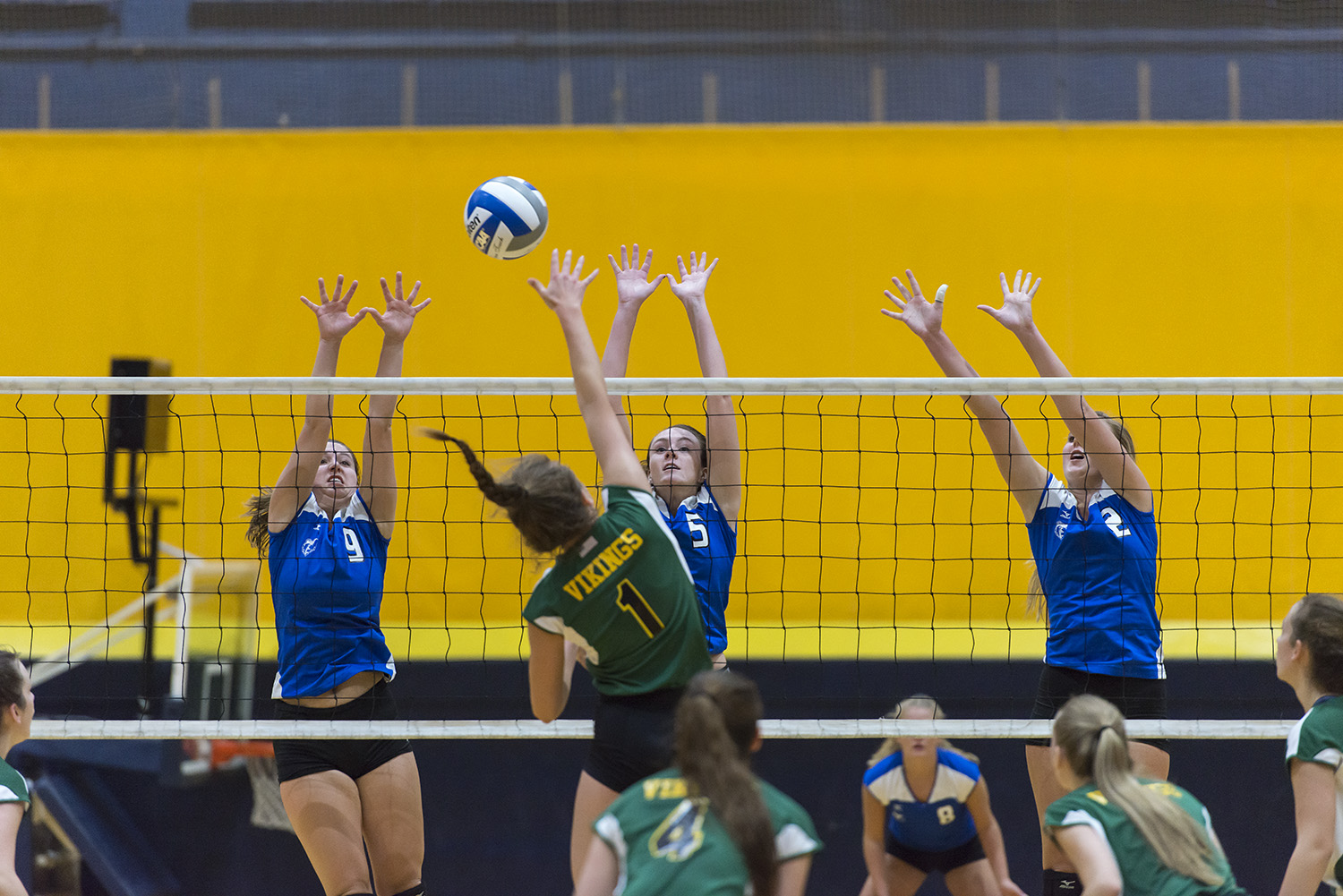 Head KCC Coach Tom VanWienen said it was a big win for the Bruins.

“We came out a tad slow again tonight and GOCC did a nice job defensively against us, but the ladies pulled it together and showed some grit,” VanWienen said. “I’m proud of the way we grind as a team.”

The win brings the Bruins’ record for the season so far to 8-1 and their conference record to 4-1.

The Bruins will play their next two matches at home next week at the Battle Creek Central Fieldhouse, 162 Champion St., Battle Creek. The team’s next match starts at 6:30 p.m. Tuesday, Sept. 12, against conference opponent Grand Rapids Community College. The Bruins will take on conference opponent Muskegon Community College starting at 6:30 p.m. Thursday, Sept. 14.