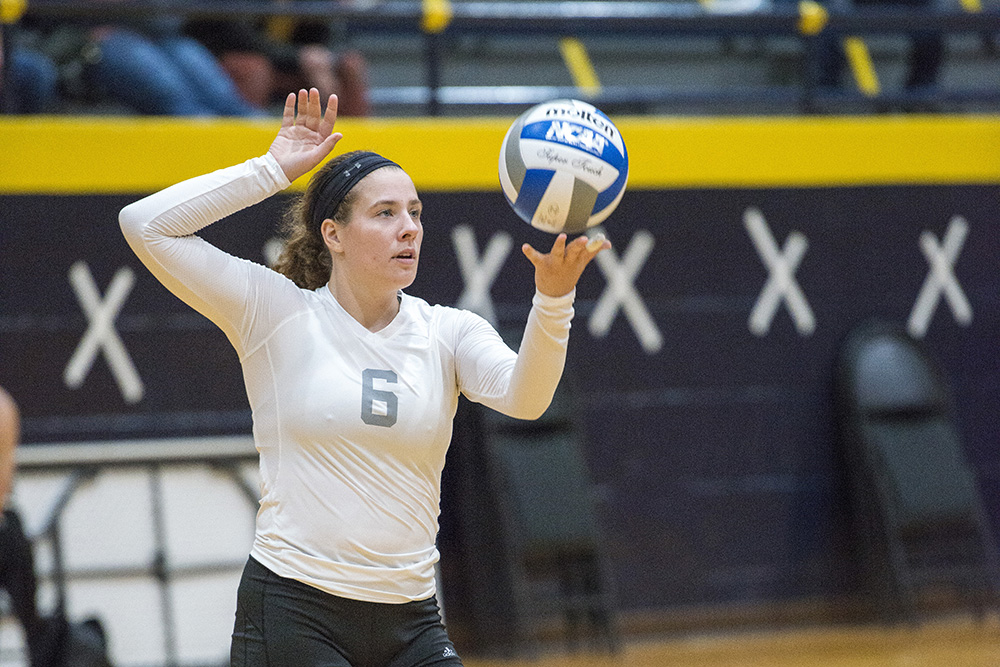 “Good match tonight,” Head KCC Coach Tom VanWienen said. “Started off slow but played with a ton of energy with the assist from the men’s basketball team! Great energy and flow to the game in games two and three!”

Thursday’s win brings the Bruins’ overall record for the season so far to 10-3; the team’s conference record is 5-3.