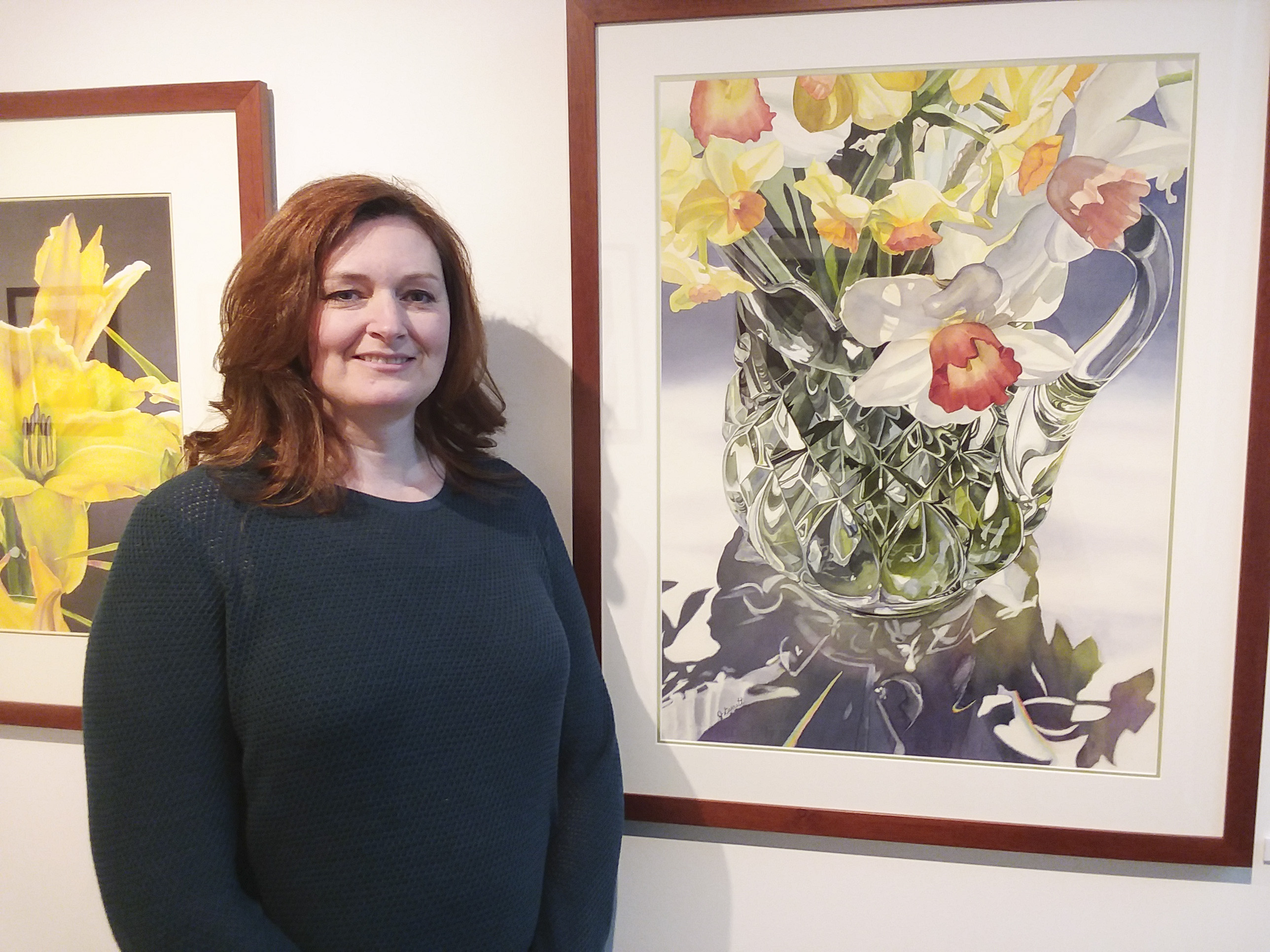 Editor’s note: This article first appeared on page 32 of the Feb. 1, 2018, edition of the Battle Creek Shopper News. Click here to view the edition online.

When artist Janice Garrett touches her brush to paper, less is more.

That’s how Garrett, when working in watercolors, produces lighting effects on her still-life paintings. Her work can be viewed through Feb. 16 in an exhibit at Kellogg Community College’s Eleanor R. and Robert A. DeVries Gallery in the Davidson Visual and Performing Arts Center, on campus at 450 North Ave. in Battle Creek.

The exhibit, “A Celebration of Light and Color: Watercolor Paintings by Janice Garrett,” is free and open to the public for viewing during regular gallery hours, which are 8 a.m. to 4:30 p.m. Mondays through Thursdays.

It’s the first time the KCC graduate has had her work displayed at the College. Garrett transferred from KCC to Western Michigan University in 1990 and began work as at art teacher in Kalamazoo Public Schools after graduation.

But she’s still trying to capture that light. So far, she said, the best way to get it is to take a photograph of the subject, but that also comes with challenges.

“You have to set up everything in the right lighting situation,” Garrett said. “You have to set up the fabric, the arrangement of the objects in the still life. If it’s taking a photograph of a flower, I have to be able to get out early in the morning or go out late in the evening to get the light at its best.”

Then, the artist recreates the image in paint, but makes sure to save the white spaces where light is reflecting in the image for as long as she can.

The work has been worth it; stepping into the DeVries Gallery leaves one surrounded by floral images and bouncing light set against the natural light from the gallery’s windows.

Other times, Garrett will do the opposite. She pointed to a piece called “In the Light” that featured flowers in a glass vase casting a shadow into the foreground. She called it a breakthrough.

“I decided since I’ve done this painting, I’m going to treat all shadows like the Northern Lights and just pour in a lot of different funky colors,” Garrett said.

The former KCC Gold Key Scholar looked at the gallery and Davidson building, and noticed how different the College is since she was a student.

“I kind of feel like I’ve come full circle back around to Battle Creek again,” Garrett said. “I’m very grateful that I had that scholarship when I first started out.”

For more information about “A Celebration of Light and Color,” contact KCC Photography and Multimedia Program coordinator, gallery director and art professor Ryan Flathau at 269-565-7880 or flathaur@kellogg.edu.