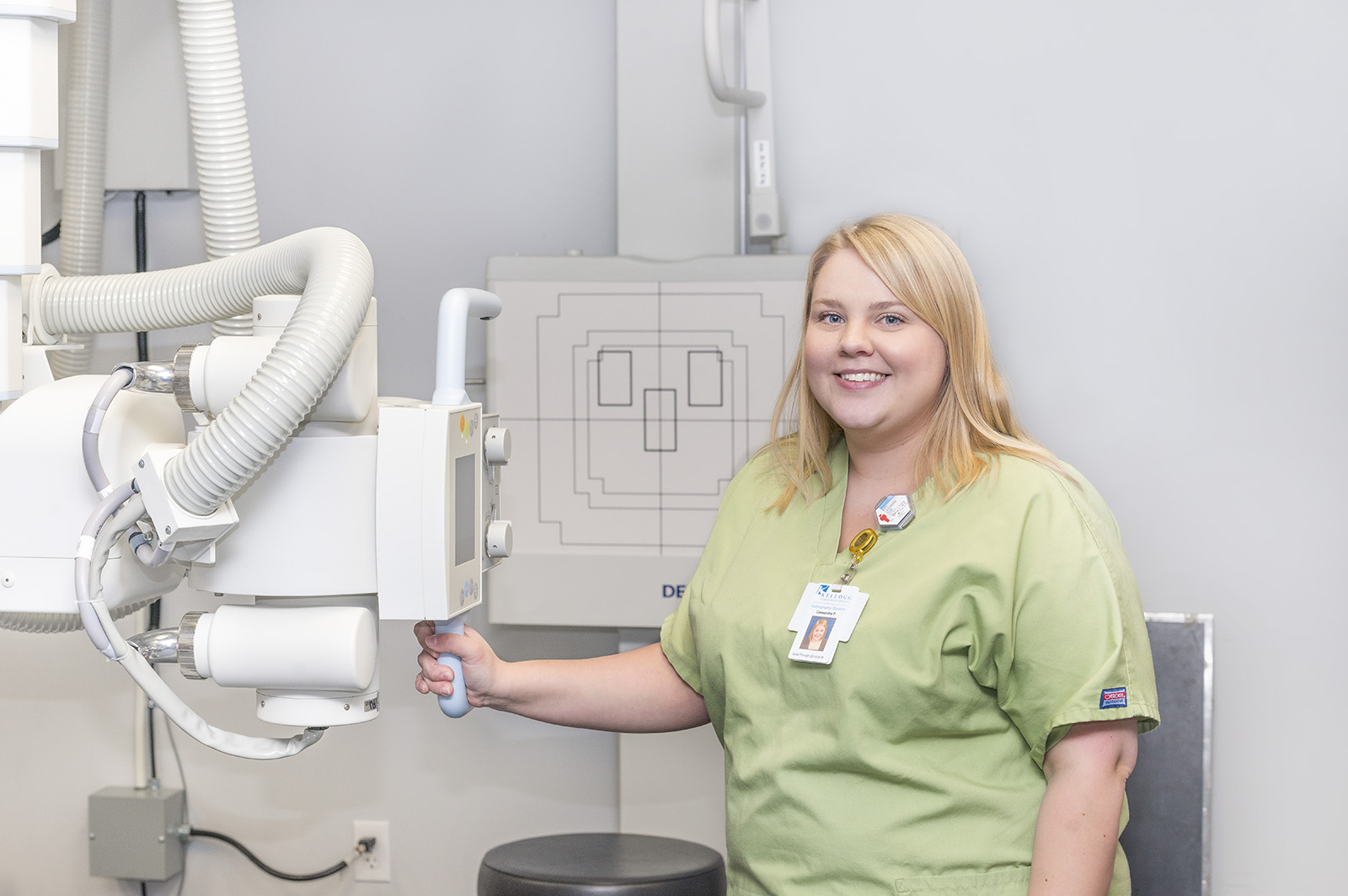 Cassandra Peck was pregnant with anticipation to when she started her studies in Kellogg Community College’s Radiography Program two years ago. She was also pregnant with a little girl.

Peck, now 27 and the mother of healthy 2- and 4-year-old daughters, says she was initially concerned she might have to push her studies back a year until she’d had her second daughter. But the program was flexible enough that she could work the schooling in around her pregnancy.

It helped that there was a KCC campus close to home in Hastings, where Peck was born and raised.

“I chose to go to KCC because it was cheaper and closer to home,” Peck says. “It’s nice having a campus 10 minutes away. Also, the smaller campus makes me feel better when trying to navigate, and I don’t feel lost.”

Peck originally considered studying to become a physical therapist, and began her studies at Grand Valley State University. She had a change of heart after job shadowing during a class and transferred back to KCC to consider her next steps. The idea of going into radiography was inspired by her grandfather, who’d been an X-Ray tech for many years.

Now Peck is planning on becoming and X-ray tech herself after she graduates in May, and she’s considering the possibility of going back to school for a master’s degree in the future.

“It’s nice because I can do the two-year program and then be able to work and make good money doing something that I really enjoy,” Peck says. “It’s a wonderful program.”

Applications for KCC’s 2018-19 Radiography Program are available now! Visit our Radiography Admissions Web page for the application and more information.