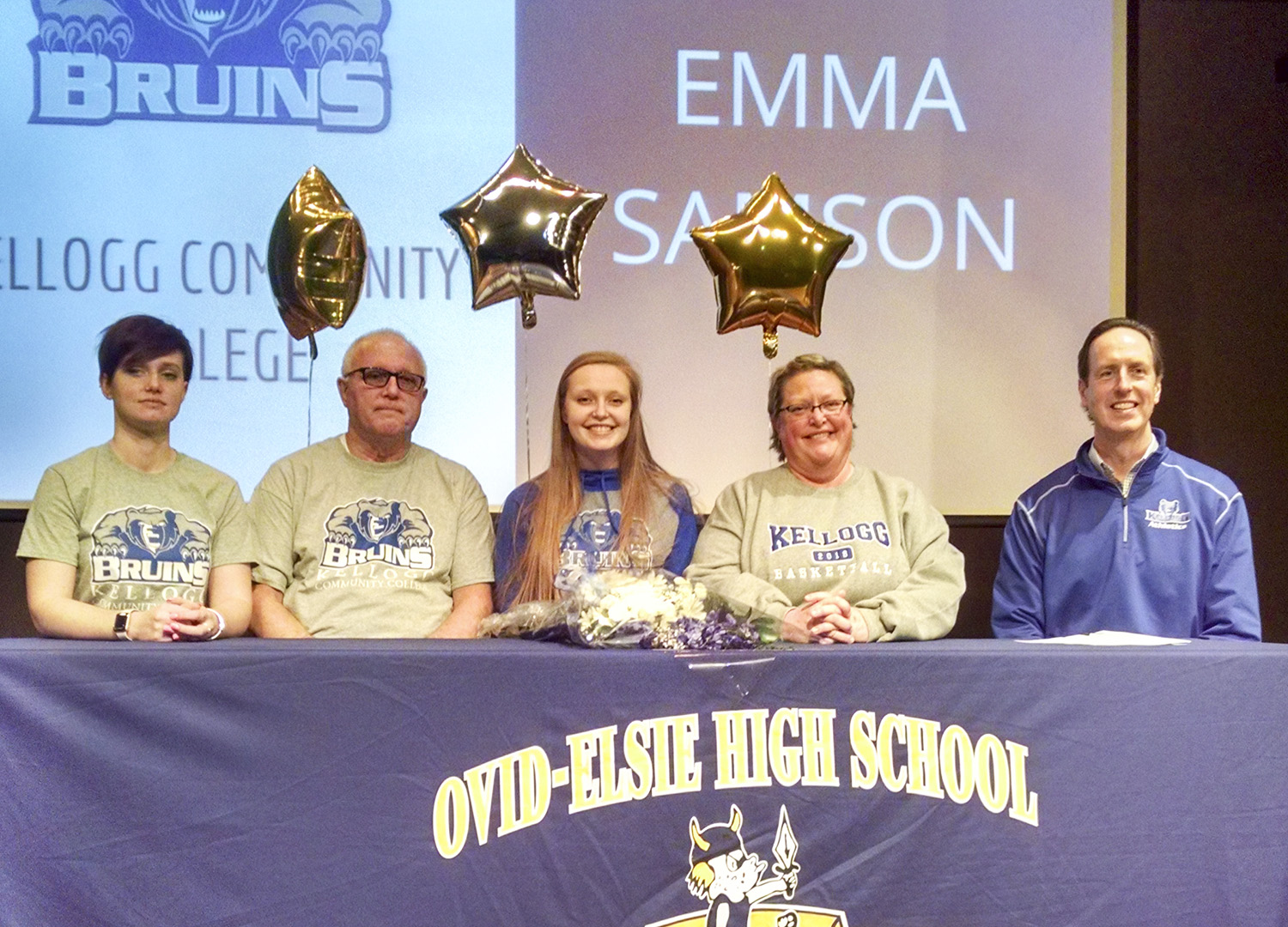 Emma Samson, of Elsie, has signed a National Letter of Intent to play women’s basketball at Kellogg Community College and will begin playing for the Bruins next season.

KCC’s women’s basketball team finished the 2017-18 season late last month. It was the first season in nearly a decade under new Head Coach Doumanian, who led the Bruins for seven seasons from 2000-01 to 2006-07.

For more information about women’s basketball at KCC, visit www.kellogg.edu/womens-basketball or contact Coach Doumanian at doumaniand@kellogg.edu.