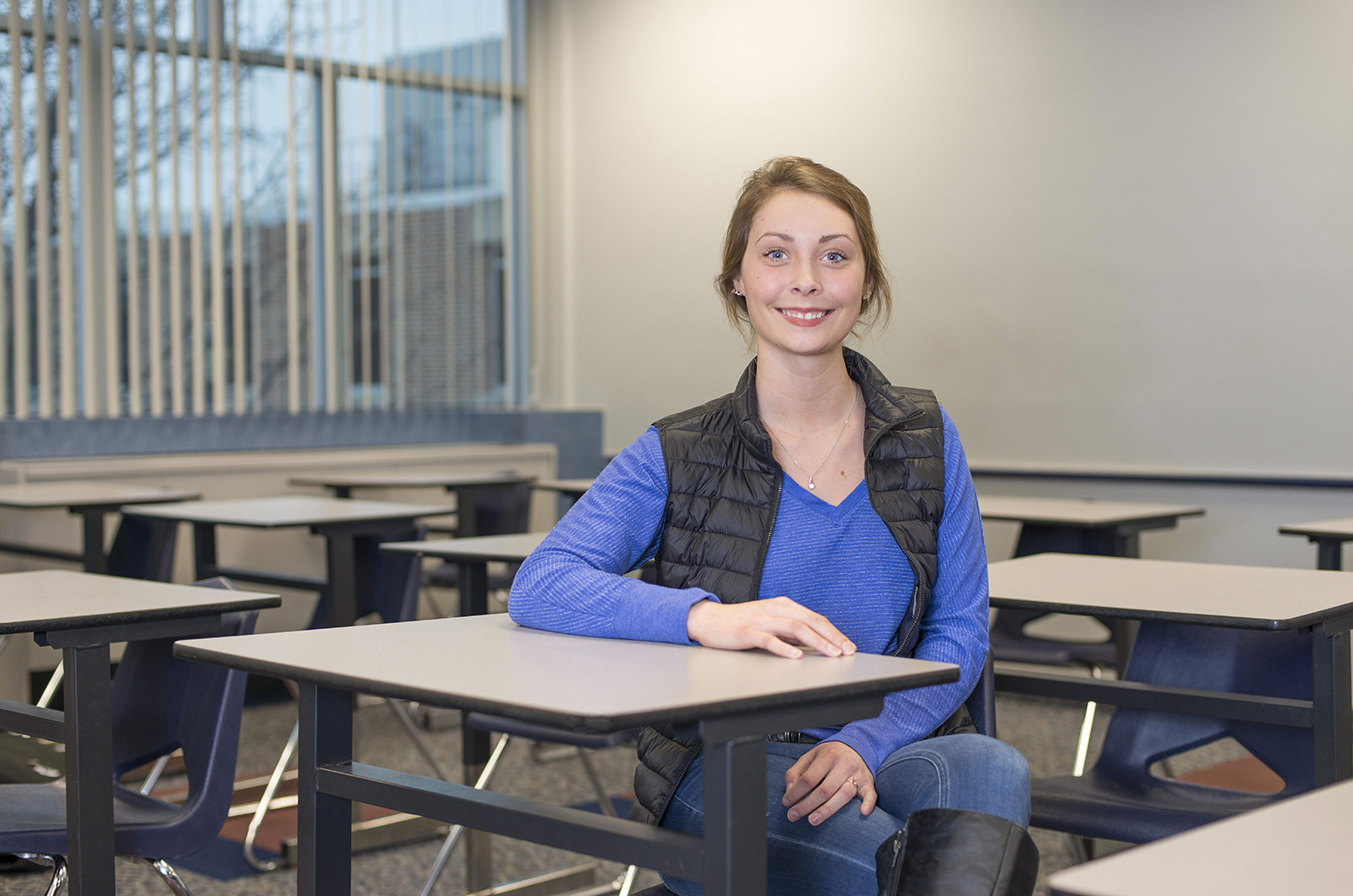 One of Dayna Allen’s greatest goals is to inspire people, to build people up and have a positive impact on their lives. That’s why she’s studying education at Kellogg Community College.

“I feel like a way to change the world or to make a difference is to start with kids, because they grow up to be the future,” Allen says. “You can’t always go out and just change the world, but you can start in smaller places, and I think the classroom is a great place to do that.”

Allen, 20, has always been passionate about kids and working with children, but studying education as a career is a relatively new pursuit. The 2016 Pennfield High School grad says it wasn’t until a year or so ago that she felt called to be a teacher during a silent prayer at church.

Previously, Allen says, she had no clue about what to do as a career, but “in that moment, I just kind of felt like I was being told and led, like this is how you can make your difference.”

Allen started college early, dual enrolling in classes at KCC during her junior and senior years of high school. After a brief stint at a university the fall after high school graduation – “It didn’t click,” she says. “I just knew that it was not where I was supposed to be.” – Allen returned home and resumed classes at KCC.

She already knew the campus from dual enrolling, which was one positive thing, and she appreciated the smaller, more intimate class sizes. And living at home, she could also commute.

Allen’s since found her place here at KCC. She’s a student worker in the College’s Service-Learning office, a member of KCC’s chapter of the Phi Theta Kappa Honor Society, regularly participates in the College’s Bruins Give Back volunteer events, and has made the Dean’s List every semester. She’ll graduate from KCC in May with her Associate Degree in General Studies and plans to transfer to continue her education studies at a university.

“I really enjoy the community aspect of it,” Allen says of KCC. “I like seeing people that I had in past classes, that I can see them while we’re walking and we can say hi to each other, because the classes were so small and we got to know each other that semester.”

KCC has also played another role in Allen’s future. In December, her then boyfriend Ryan Page, who she met at work at a restaurant in Battle Creek, proposed to her in the greenhouse of the College’s community garden. She said yes.

“That was one of the benefits of coming home from the university,” she says, laughing. “If I wouldn’t have come home I probably never would have met him.”