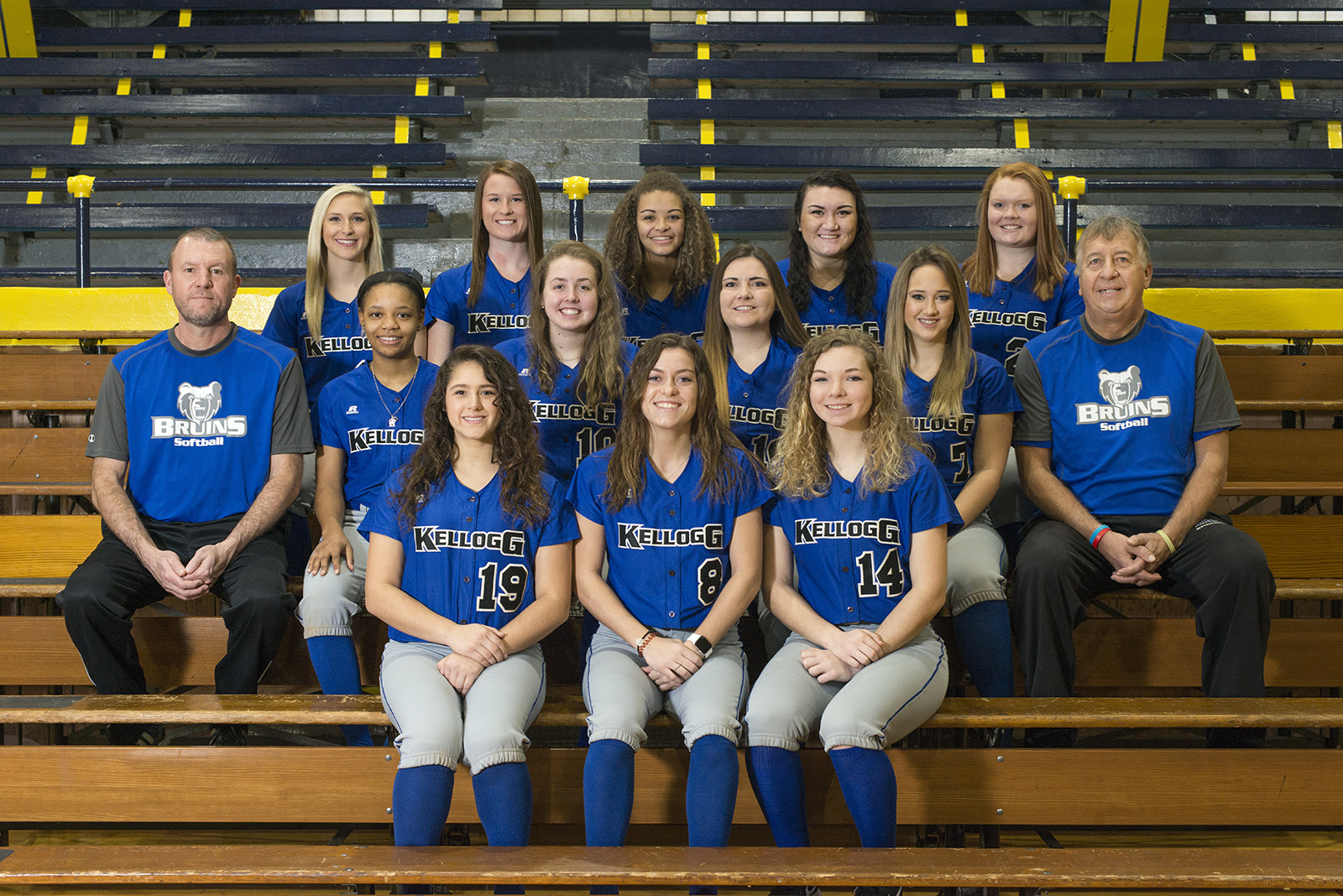 Below are results for Saturday’s games. To sign up to receive KCC softball results by email, visit www.kellogg.edu/softball and fill out the “Get KCC Athletics Results by Email” form on the left side (desktop) or bottom (mobile) of the page.

KCC softball fell 10-2 in the team’s first game of the season at home Saturday at Bailey Park in Battle Creek.

“Weather was a challenge for both teams,” Head KCC Softball Coach Mike Miller said. “We gave up six runs in the second inning to spot them a 7-0 lead early. We battled but came up short.”

KCC rallied in game two Saturday to split the day with KVCC by winning 5-2.

Saturday’s play brings the Bruins’ overall record for the season so far to 2-8 and the team’s conference record to an even 1-1.

Coach Miller can be reached at softballcoach@kellogg.edu.