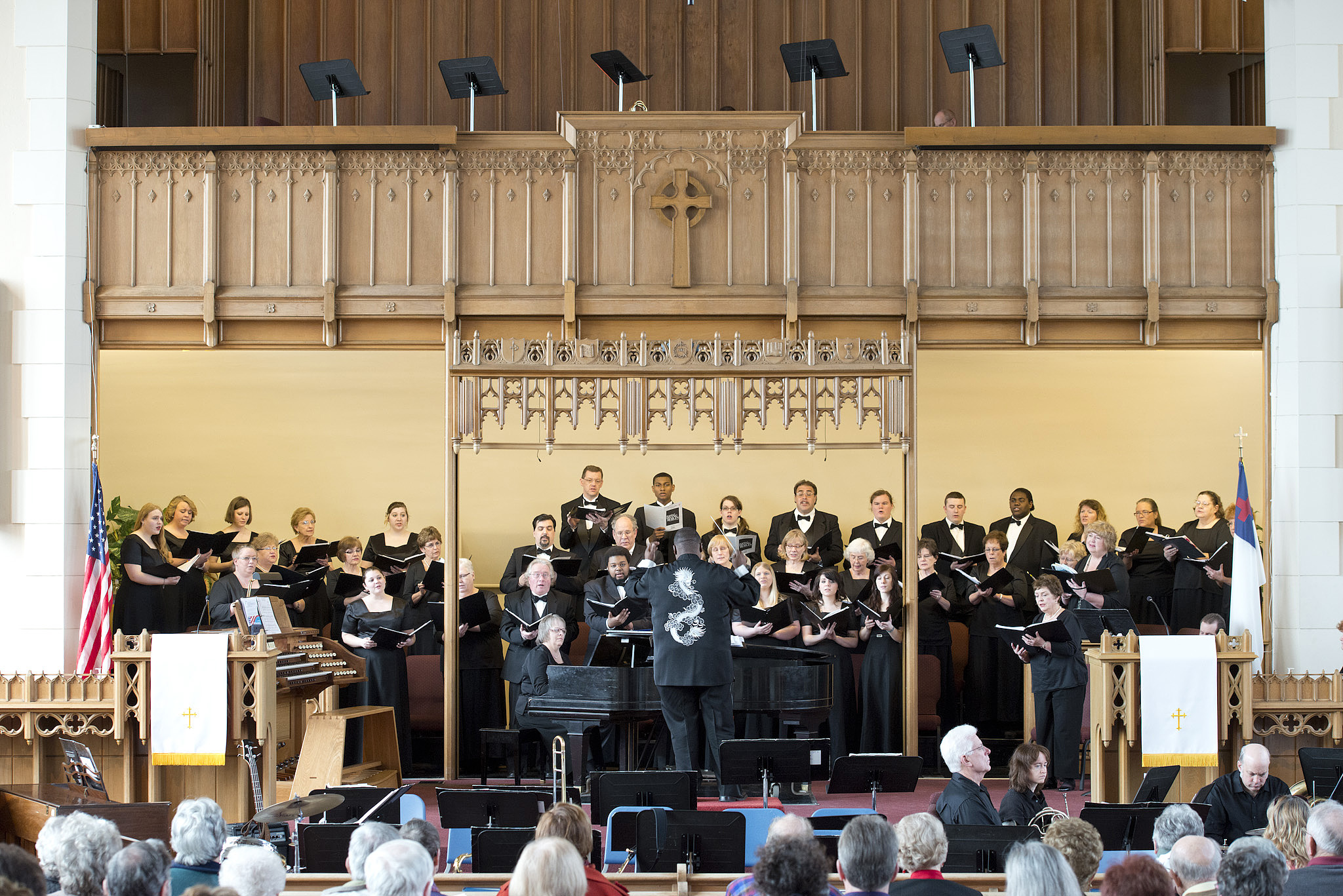 Performers from Kellogg Community College’s Choral Arts area will take the audience through a musical history journey as they perform selections ranging from classical music to the Beatles in a spring fundraising concert.

“Singing in the Spring 2018: From Madrigals to Jazz” will begin at 3 p.m. Sunday, April 29, at First Presbyterian Church, 111 Capital Ave. N.E., Battle Creek. The concert is a fundraiser for the group’s Midwest concert tour in May. Admission is a freewill donation.

Dr. Gerald Case-Blanchard, coordinator of KCC’s Music Program and director of the College’s choirs and vocal arts programming, said the common theme among selections is memories, as each work holds a special place in his and the choir’s musical past.