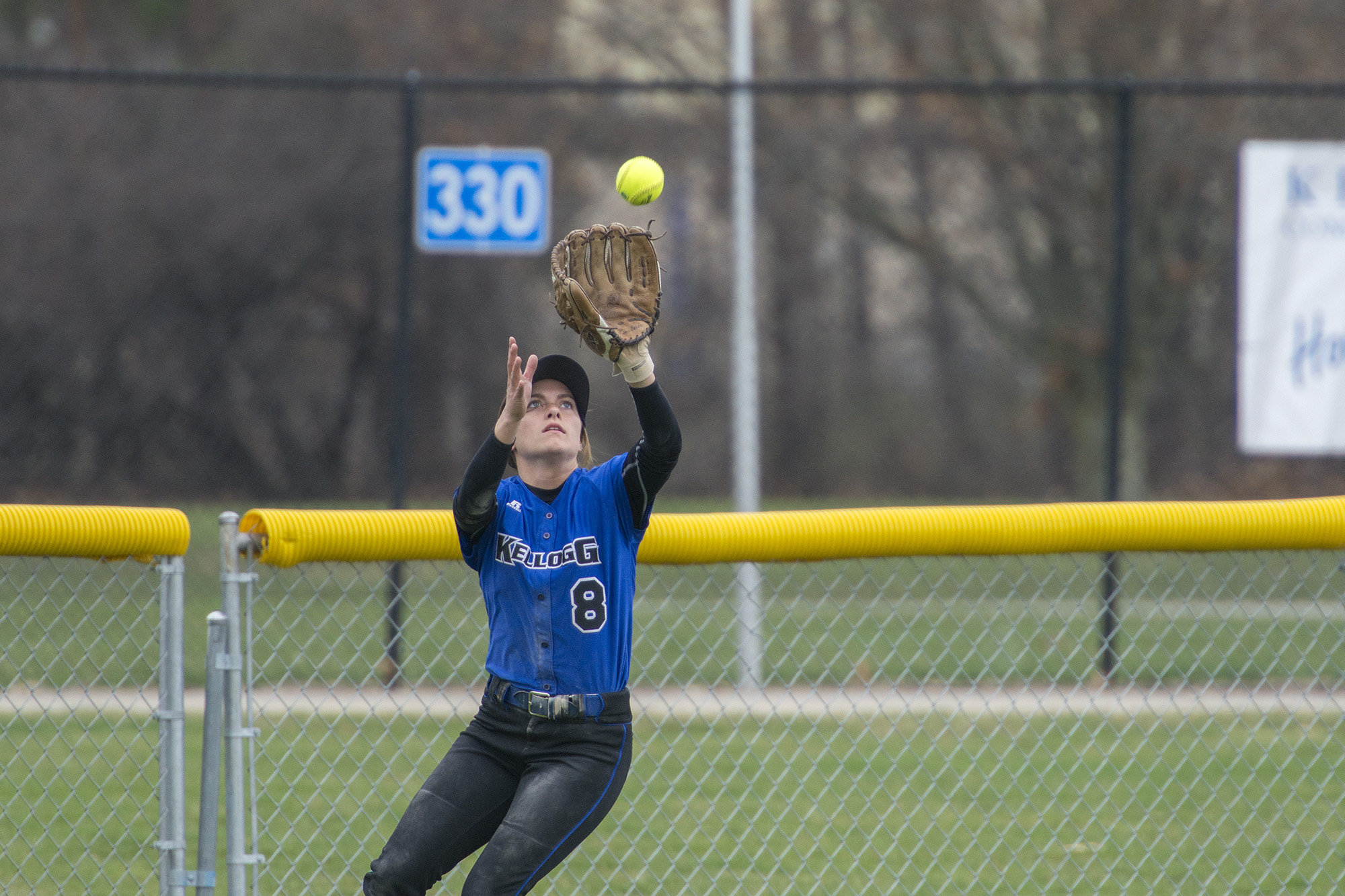 Stephenson got the win from the mound.

Head KCC Softball Coach Mike Miller said the Bruins responded to Jackson’s 8-6 lead in the seventh inning with “an impressive three-run, game-ending seventh” to take the first game of the day.

“Facing a ranked opponent and staying with them, run for run, shows the team we have,” Miller said. “Needing two going into the final at-bat didn’t phase us. Great job of winning the battle today.”

KCC wrapped up the team’s Tuesday doubleheader with a whopping 22-3 win over Jackson.

On offense for the Bruins, Snyder hit 4-4; Keating hit 3-3, including a home run; Kucharzyk hit 2-3, including two home-runs; Ebeling and Stephenson each hit 3-4; and Masko and sophomore outfielder Sarah Gwinn (Jackson/Jackson Northwest High School) each hit 2-4.

Coach Miller said the Bruins “kept the pedal to the metal with a no-doubt mercy-rule victory” to complete the sweep over the Jets.

“We have 14 games left with a week and half to get them in,” Miller said. “This should be the momentum we need to finish strong.”

The latest results bring the Bruins’ overall record for the season so far to 7-15; the team’s conference record is 6-8.