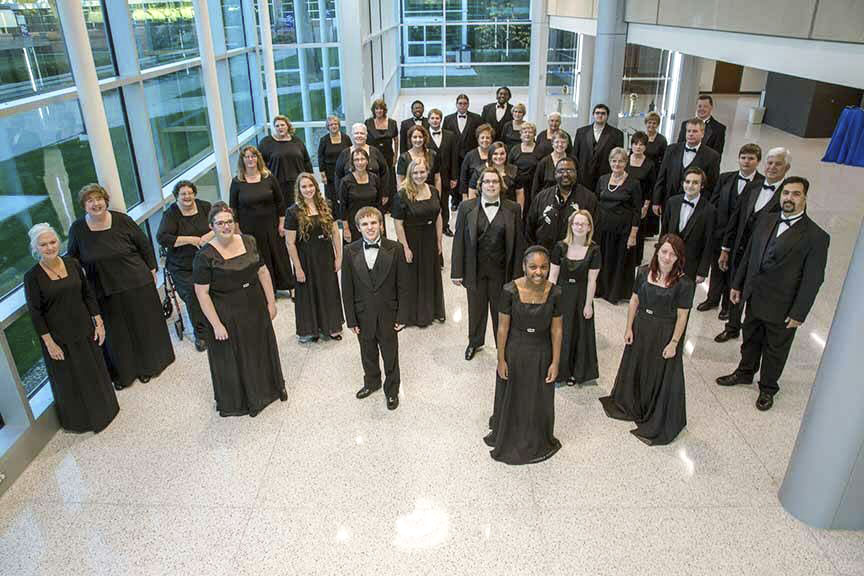 Kellogg Community College’s Touring Choir will bring songs of spirit, light, love and passion to Coldwater in May as part of the choir’s Spring 2018 Midwest Concert Tour.

The group’s concert, “Songs of Spirit, Light, Love and Passion,” will begin at 10 a.m. Sunday, May 6, at St. Mark’s Episcopal Church, 27 E. Chicago St., Coldwater. The concert kicks off the College’s spring tour, which includes performances in Michigan, Minnesota and Wisconsin.

Dr. Gerald Case-Blanchard, coordinator of KCC’s Music Program and director of the College’s choirs and vocal arts programming, said the common theme among selections is memories, as each work holds a special place in his musical past.

Over the past few years, KCC’s Touring Choir embarked on a series of successful national and international tours, performing in locations abroad in Ireland and Italy and closer to home in locations along the East Coast of the U.S. and in Michigan, Illinois and Indiana.

“We have not yet traveled to Wisconsin and Minnesota,” Case-Blanchard said. “Therefore, before we embark on our next international trip – in 2020 we will present concerts in Canada – I thought it would be great to perform in our two neighboring states.”