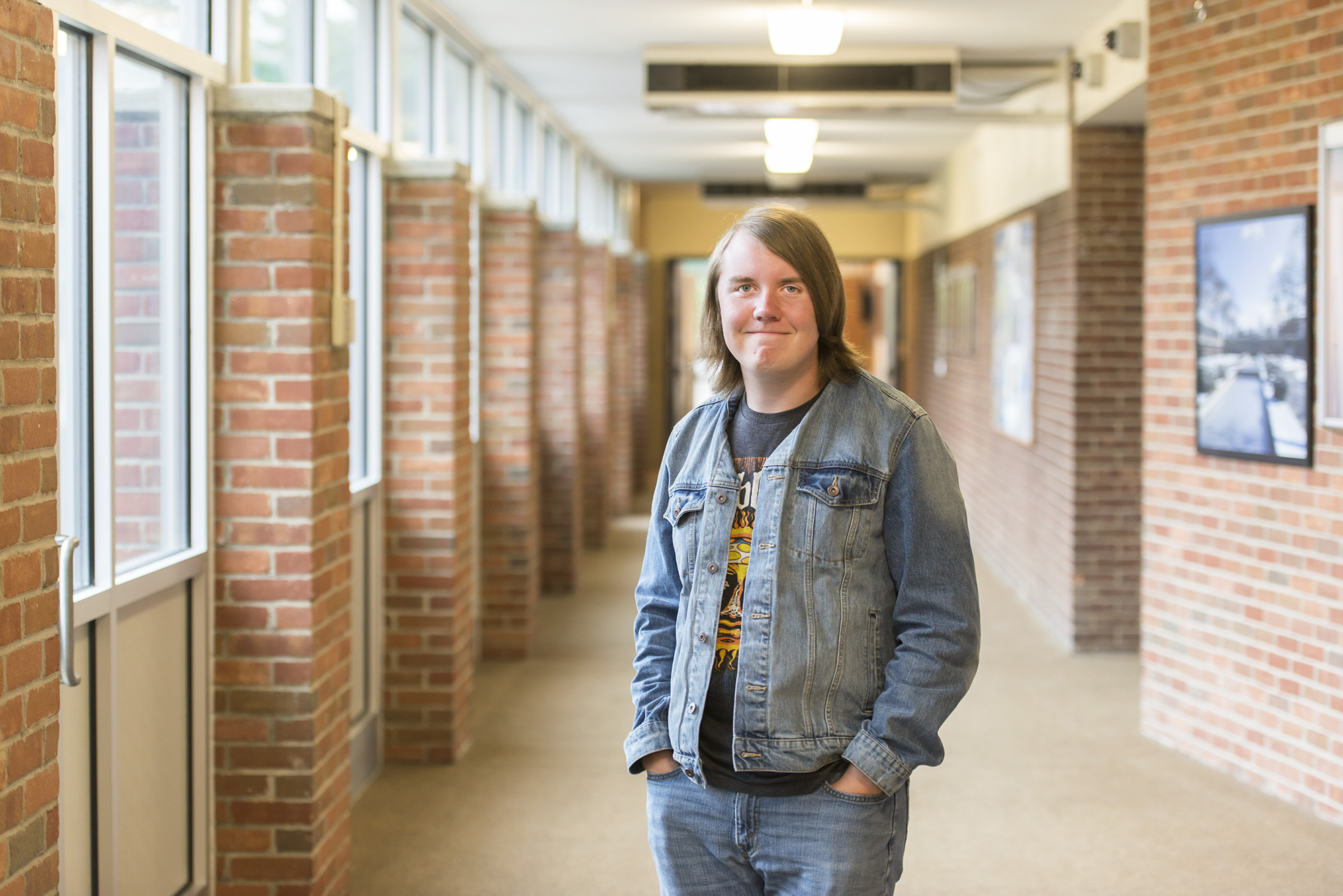 Today Keese, now 18, is a recipient of the KCC Foundation’s Gold Key Scholarship, the College’s most prestigious scholarship. The 2018 Athens High School graduate is studying political science at KCC with plans to eventually transfer to a four-year school in Michigan.

Keese said KCC is “a place he’s been wanting to go all my life.” His great-aunt is KCC Professor Emeritus Liz Neumeyer, who’s written a book about KCC’s history and who encouraged him over the years to attend the College. He began dual-enrolling his junior year of high school and completed four KCC classes before graduation.

“It was a really fun opportunity for me,” Keese said about dual-enrollment. “It felt a little weird being younger than everyone else, but it was really cool.”

Keese said he didn’t understand a lot of the technical stuff he learned in the Bruin Bots at the time, but the program was a lot of fun, and he learned a lot beyond the academics that’s come in handy as he’d gotten older.

“It taught me a lot about how to be very social with people. You need to be able to work together with people on an easy level and get along well, but also to focus on what you need to do,” Keese said. “The team-building skills are invaluable for me at this point.”

For now, he’s comfortable at KCC, where he can “break in the college environment a little bit more before going directly to a four-year school,” he said.

“I would recommend this place to just about anyone,” Keese said about KCC. “It’s a very good start to where you want to go in your life, and it helps you to get used to the idea of having to actually go out into the world, actually become an adult.”