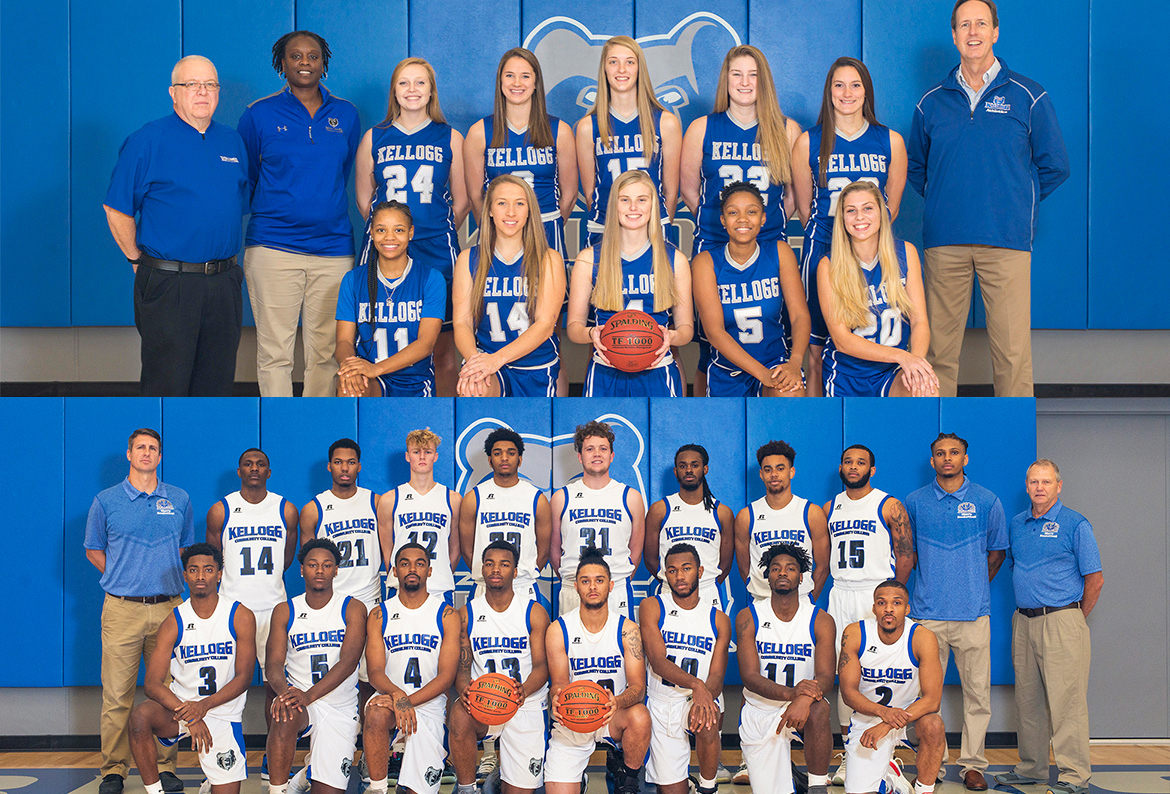 Kellogg Community College’s basketball teams are starting their regular seasons in November with new players, a new coach and a new court.

The women’s team’s first game is 1 p.m. Saturday, Nov. 3, at Delta College in University Center. Head coach Dic Doumanian said it’s a brand new team with one returner, but they’re already proving to be talented on the court.

Kincaide averaged 12.9 points and 4.3 rebounds per game that season.

“She did a great job for us on the court and also as a leader,” Doumanian said. “She’s stepped up her leadership this year and is doing a really great job.”

The teams Doumanian said will be challenges to defeat this year include Lake Michigan College on Jan. 5 and Muskegon Community College on Jan. 12. Muskegon won the MCCAA state championship last year.

For both teams, the newly built Miller Building is injecting some excitement and a renewed sense of competition into the season. The $10 million construction project, approved by voters in a 2012 millage, began construction in 2017 and officially opened to the public in August.

The 39,000-square-foot building includes a gym that is larger than the previous one. The first home game in the gym on Nov. 9, which will also feature the women’s team playing at 5:30 p.m., includes a special event honoring longtime Battle Creek businessman, former Battle Creek mayor and former college basketball referee Al Bobrofsky.

Bobrofsky was a referee at the very first basketball game played in the previous Miller Building in 1956.

Sprague said the men’s team is excited about breaking in a new court.

“They’re looking forward to that,” Sprague said. “Some of them actually talked about starting a good, positive tradition.”

Doumanian said the new building is also impacting his team and his own role as coach.

“Every day I walk in there, I still smile,” he said.