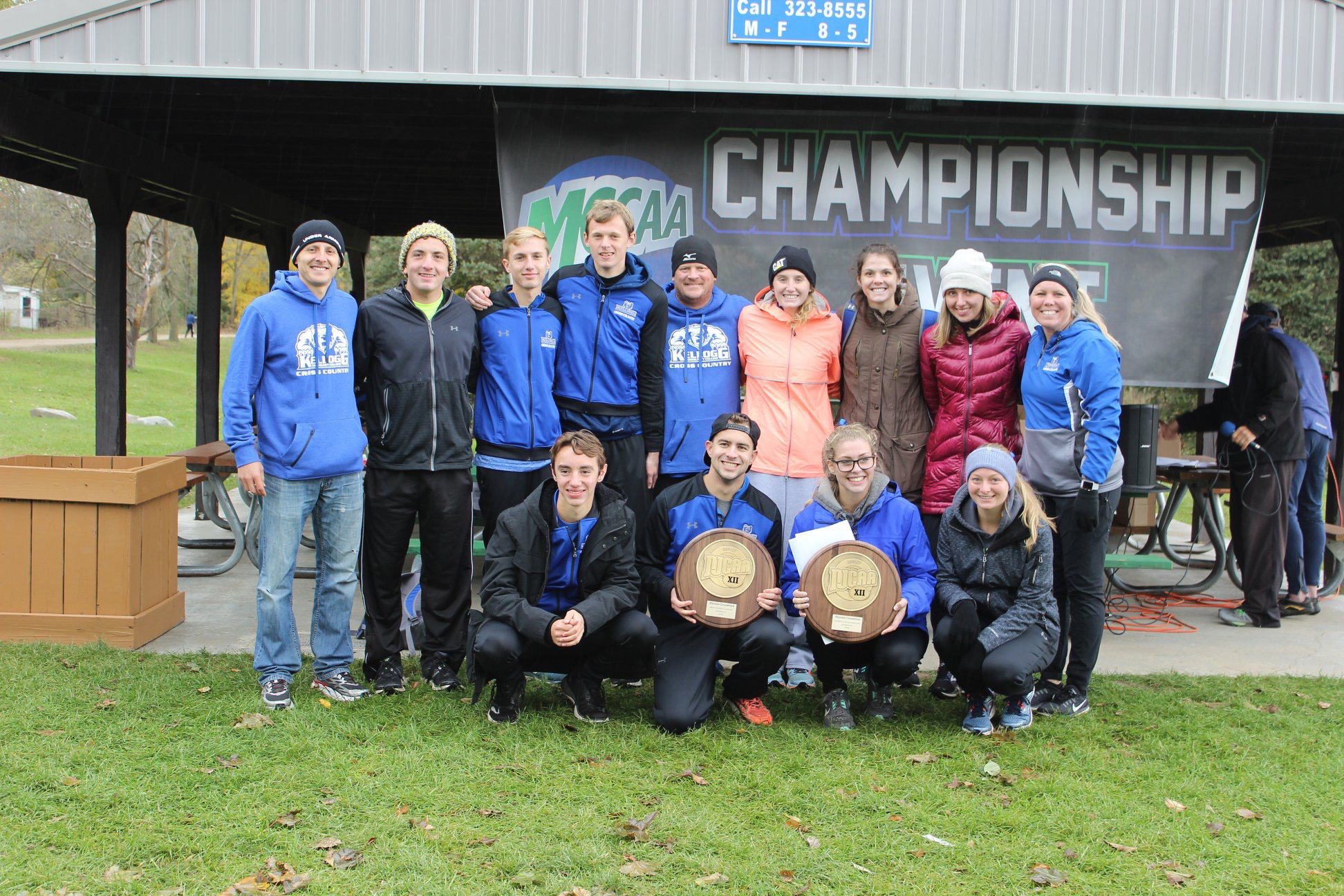 Both teams – which are in their first year at the College – earned regional champion honors after winning their respective NJCAA Region XII Division III Cross-Country Championship races Oct. 27 at Grand Woods Park in Lansing.

“Honestly, being a brand new program can be challenging because there are a lot of unknowns,” Erin Lane, head coach for both teams, said. “They’re very excited and very encouraged.”

Cross-country teams must have at least five runners to score. Lane said that throughout the year prior to the season, 11 women and 10 men signed letters of intent to run for KCC, but eventually it came down to five people on each team who chose KCC.

Now they’re competing to be the best in the nation.

“For everyone to stay relatively healthy and uninjured for the season is amazing,” Lane said. In some meets, smaller teams can sometimes be outperformed by larger ones, Lane said, but the Bruins didn’t need to worry about that.

The two teams have come to know each other well and have been encouraging each other during their joint practices, Lane said, with each runner bringing a different dynamic to the team.

On the women’s side, Lane expects top runner Wood to be named a NJCAA All-American, an honor given to the top 15 finishers in the championship, while Strong has risen to the number-one men’s runner.

“Both teams are going to do well,” Lane said.

For more information about KCC’s cross-country teams, contact Erin Lane at 269-965-4151 or crosscountrycoach@kellogg.edu.

The above photo of the teams following last week’s regional wins is courtesy of Anita Robertson.