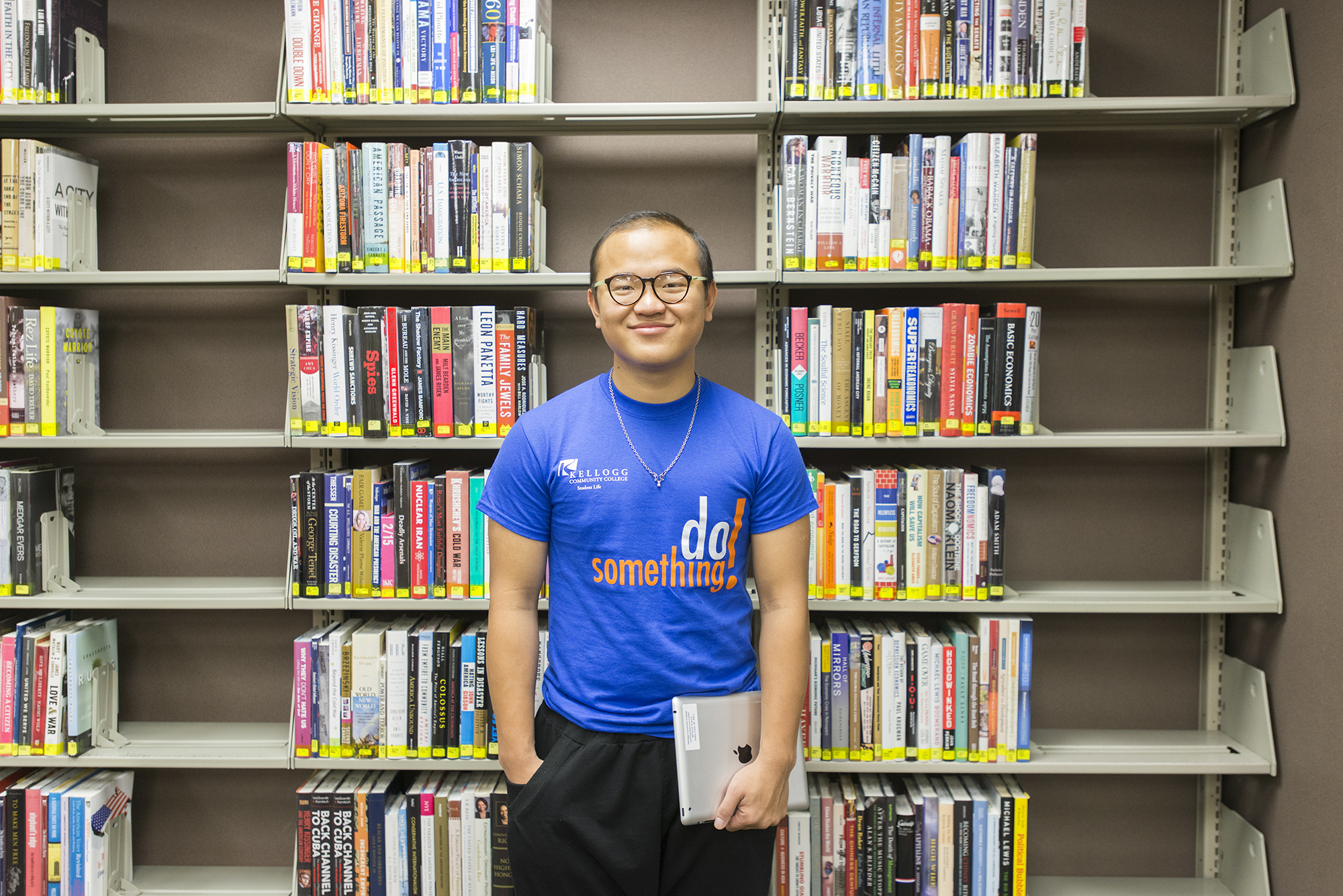 Way back in December 2015, Kellogg Community College profiled Joseph Lin, then a student worker in the College’s Emory Morris Library, in a series of photos — including on Instagram — highlighting the library and its various offerings for students.

Lin attended KCC from 2014 to 2016 and today studies menswear at the Fashion Institute of Technology in New York City.

“My time at KCC was very wonderful,” Lin said recently. The library “was basically my second home.”

Lin returned to KCC for a semester last spring, and the library offered him space to exhibit his latest collection this summer, possibly in June. His ultimate goal is to work as a fashion designer.

“I love KCC, and leaving that place was hard,” Lin said. “But we have to grow at some point.”

Pictured above, Lin poses for a photo in KCC’s Emory Morris Library during our 2015 photo shoot.