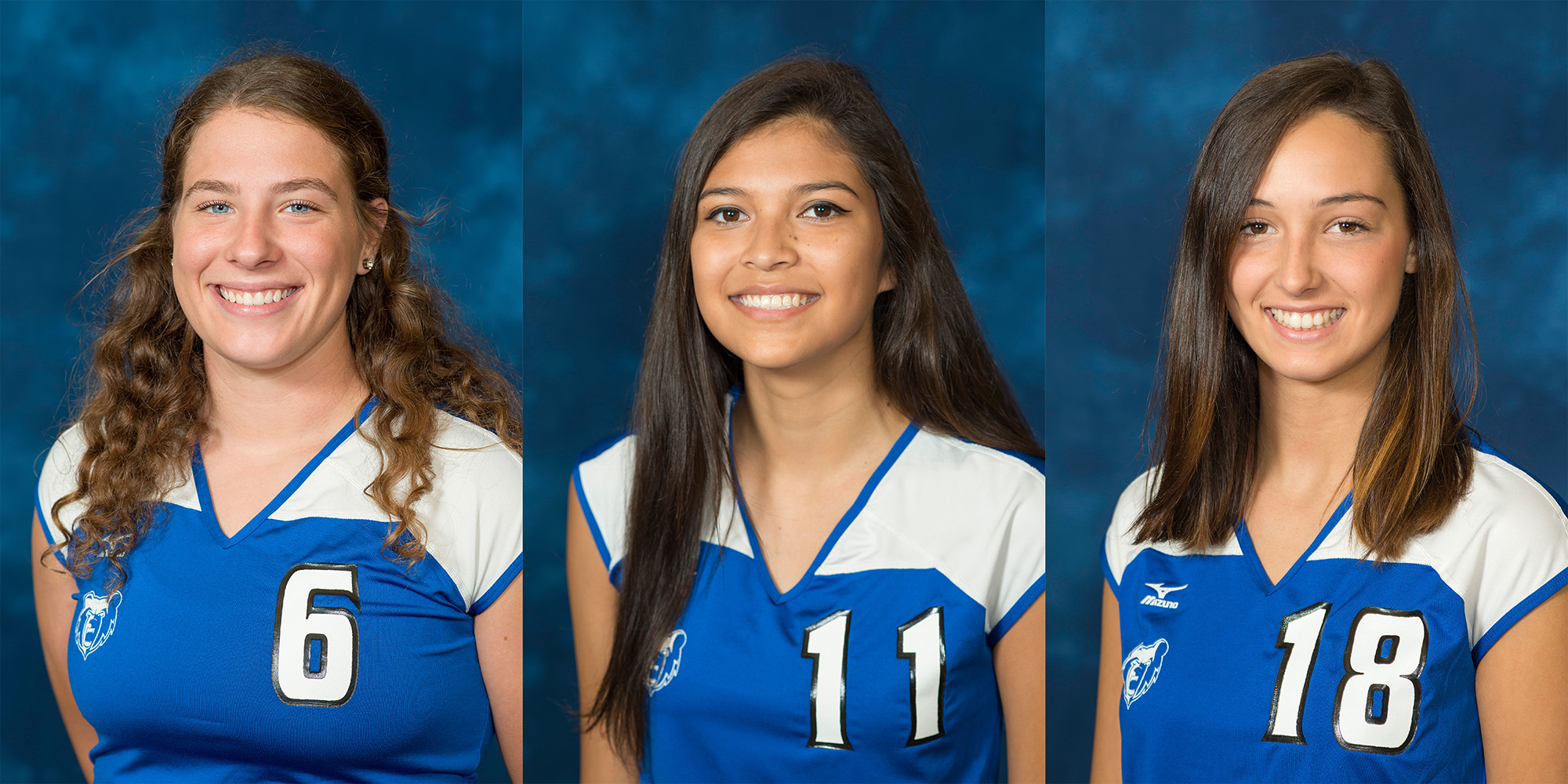 The MCCAA’s 2018 Western Conference Volleyball Awards were announced in November. KCC award winners, all sophomores from Battle Creek, pictured above from left to right, include:

For more information about women’s volleyball at KCC, visit www.kellogg.edu/volleyball.