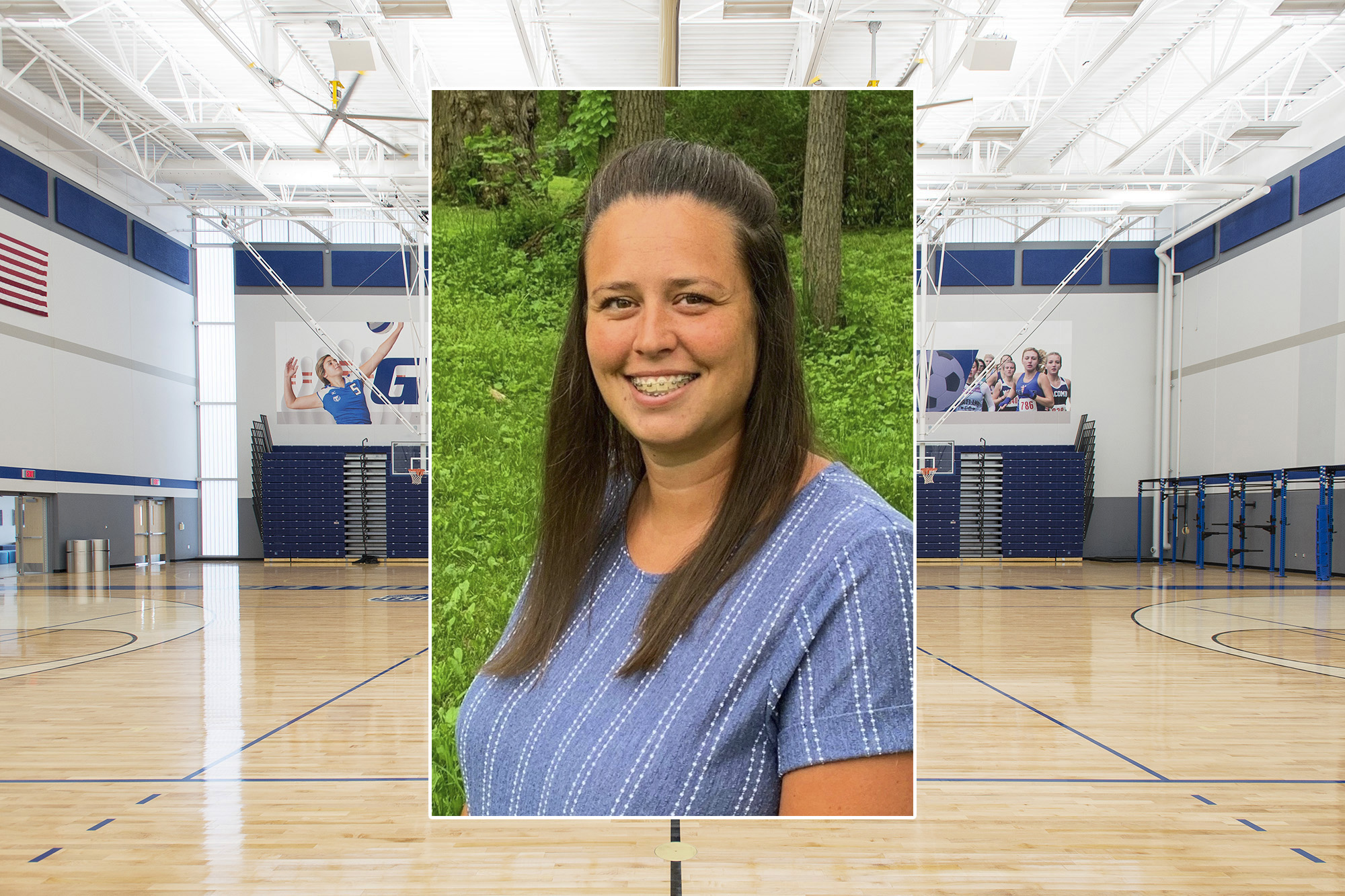 Kellogg Community College is bringing new talent to its coaching staff in the form of a former Division II athlete with a celebrated high school coaching career.

Kayla Whitmyer, of Bellevue, is the new head coach of KCC’s women’s basketball team and will lead the Bruins into the Fall 2020 season as they begin competition in November.

Whitmyer has been the varsity girls basketball coach at Bellevue Jr./Sr. High School – where she also teaches math and physical education – since 2010. During that time she’s led the Broncos to two Michigan High School Athletic Association district championships (2013, 2016); three Southern Central Athletic Association West Division championships (2017, 2018, 2019); and the SCAA overall league championship in 2019, when her team went an undefeated 20-0 for the regular season and Whitmyer was named the Battle Creek Enquirer’s Coach of the Year for the 2018-19 Enquirer All-Area Girls Basketball Team.

KCC Athletic Director Tom Shaw said Whitmyer’s solid foundation of experience and knowledge in both coaching and education make her a great fit to lead the Bruins this fall.

“We’re extremely pleased to announce the hiring of Kayla Whitmyer as KCC’s new head women’s basketball coach,” Shaw said. “Coach Whitmyer is an accomplished and successful head coach at the high school level and she is more than ready and able to move up to the college ranks as our new Lady Bruin coach.”

Whitmyer said one of her major strengths as a coach is building relationships by connecting with people and bringing them together.

“The word ‘family’ is written across the Lady Bruins’ shooting shirts,” Whitmyer said. “This is the heart and soul of the culture I aim to create and is something that I have excelled at throughout my life. Such standards and core values will be the driving force behind the successful recruitment of not only great players, but great people.”

Whitmyer, who’s certified through the MHSAA Coaches Advancement Program, has been an MHSAA basketball official since 2012; is a member of the Basketball Coaches Association of Michigan and Michigan Interscholastic Athletic Administrators Association; and has served as vice president, trustee and secretary of the Bellevue Athletic Boosters. She’s CPR, AED and first-aid certified through the American Red Cross and is certified as an educator in cognitive coaching, trauma and reading apprenticeship.

In 2010, Whitmyer earned a Bachelor of Science in Secondary Education with a major in Physical Education and minor in Mathematics from Hillsdale College, a National Collegiate Athletic Association Division II school where she earned all-academic honors as a member of the women’s basketball team and served as a team captain. Whitmyer earned a Master of Science in Educational Leadership with a specialization in Athletic Administration from Nova Southeastern University in 2013.

“Playing Division II basketball at Hillsdale College, coaching, working as an athletic administrator and officiating has helped me gain essential experience and perspective,” Whitmyer said. “I am excited at the thought of taking these experiences and skills to the next level at KCC.”

Whitmyer will replace previous Head Women’s Basketball Coach Dic Doumanian, an enrollment and outreach coach at KCC who coached the team since 2017 after a previous seven-season run in the early 2000s.

KCC’s women’s basketball team wrapped up regular season play in February at fifth place in the conference, and finished the overall season in the first round of postseason play on March 3. The Bruins ended the season with a 10-8 conference record and a 16-14 record overall.

For more information about women’s basketball at KCC, visit www.kellogg.edu/womens-basketball. Coach Whitmyer can be reached at wbbcoach@kellogg.edu.