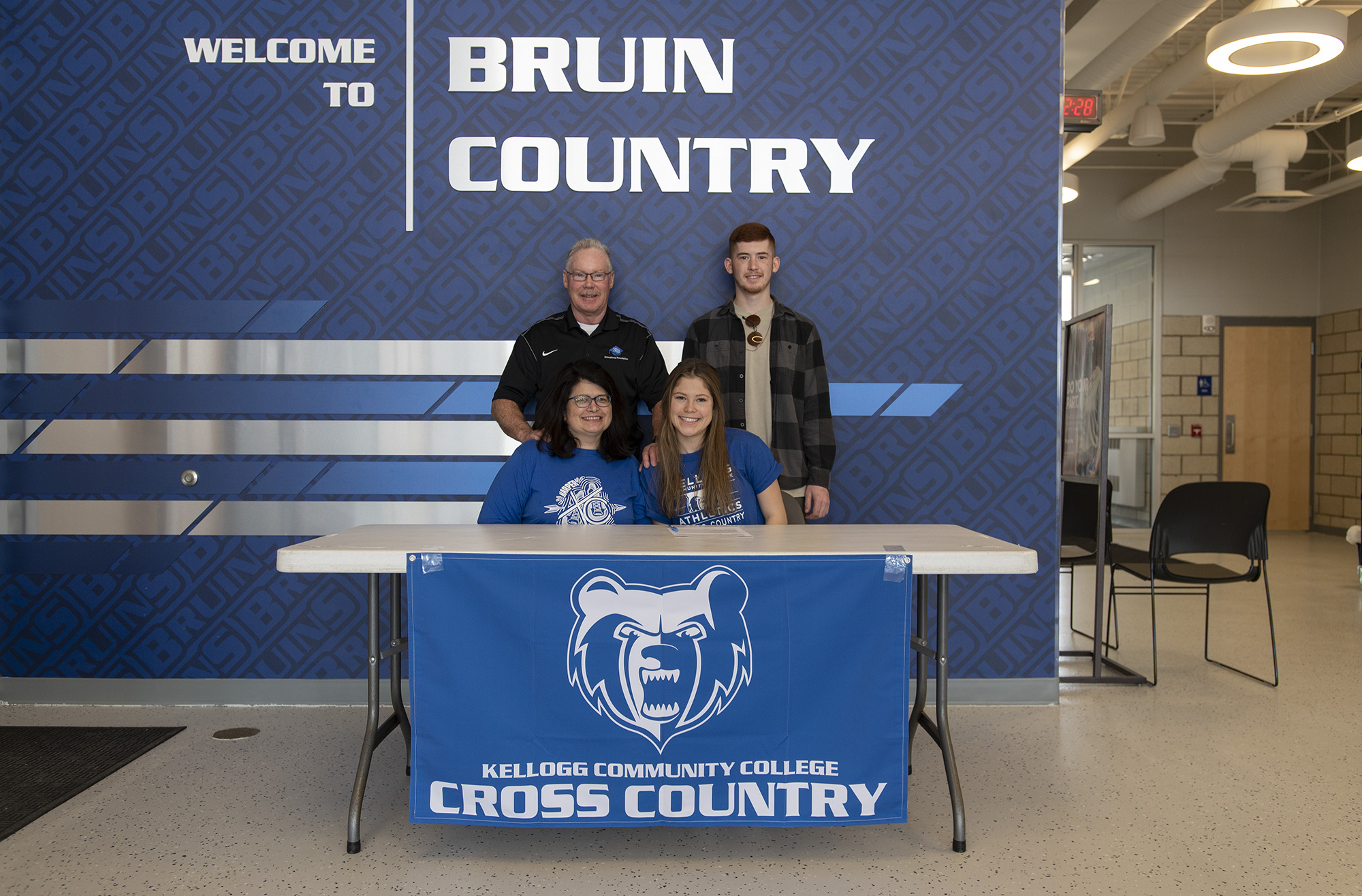 Jena Adams, of Battle Creek, has signed a National Letter of Intent to run cross country at Kellogg Community College and will begin running for the Bruins this fall as part of the College’s women’s cross-country team.

Jena was a top returner during her senior year at Harper Creek High School, regularly finishing in the top three for the Beavers and earning All-City honors this past fall.

“Jena will be a great addition to the women’s team,” Head KCC Cross-Country Coach Erin Lane said. “We are excited to work with her at this next level.”

Adams will join a young program that despite having only started in 2018 brought home its second regional championship in three years and placed second in the nation at the National Junior College Athletic Association National Championship in November. Two Bruin runners this fall – including sophomore Emma Berning, also a Harper Creek grad – earned NJCAA First Team All-American honors.