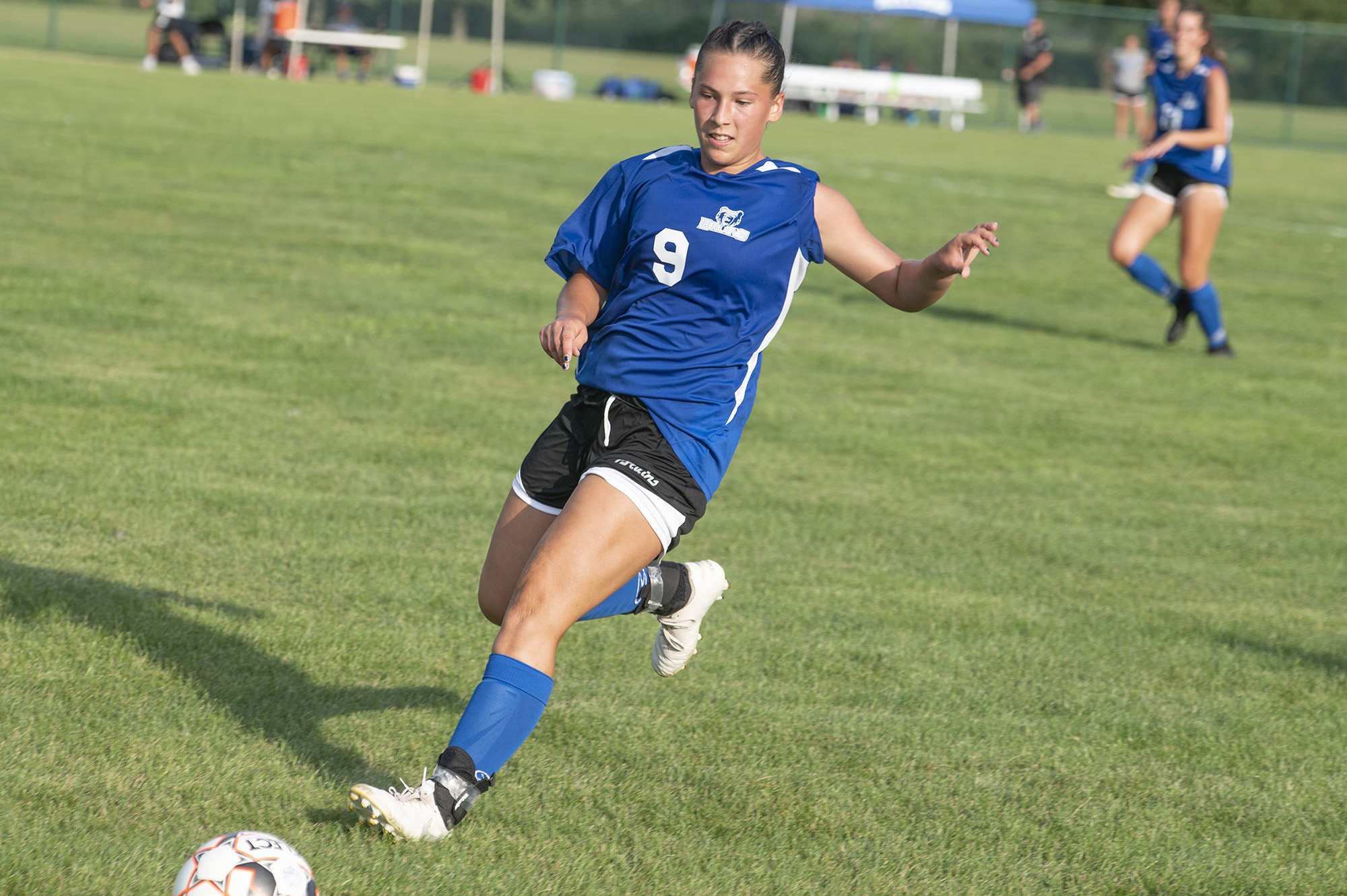 The Kellogg Community College women’s soccer team faced another tough conference opponent on the road Wednesday, resulting in a 4-1 loss to Jackson College in Jackson.

KCC’s Head Women’s Soccer Coach Levi Butcher said the night was tough but “in many ways we stood up to it and showed well.”

“For the first 30 minutes we played extremely well and split possession with a very solid Jackson team,” Butcher said. “Once Jackson gained the advantage in possession, naturally we were on our heels a bit, and they got a couple goals before halftime. We gave up another early goal in the second half, which is something we just can’t afford to do but has bit us in each of the last two matches. That one is on us as coaches to better prep them coming out of halftime and get them set up to have a strong start.”

Butcher said a major bright spot was when freshman forward Allison Biergeder (Battle Creek/Pennfield High School, pictured above) “laced a direct free kick into the back of the Jackson net from 24 yards” to secure the Bruins’ lone goal.

The Bruins continue conference road play this weekend with a game starting at 2 p.m. Saturday, Sept. 4, against Lakeland Community College in Ohio. The team’s next home starts at 4 p.m. Wednesday, Sept. 8, against conference opponent St. Clair County Community College on the soccer field by the Miller Gym on campus in Battle Creek.