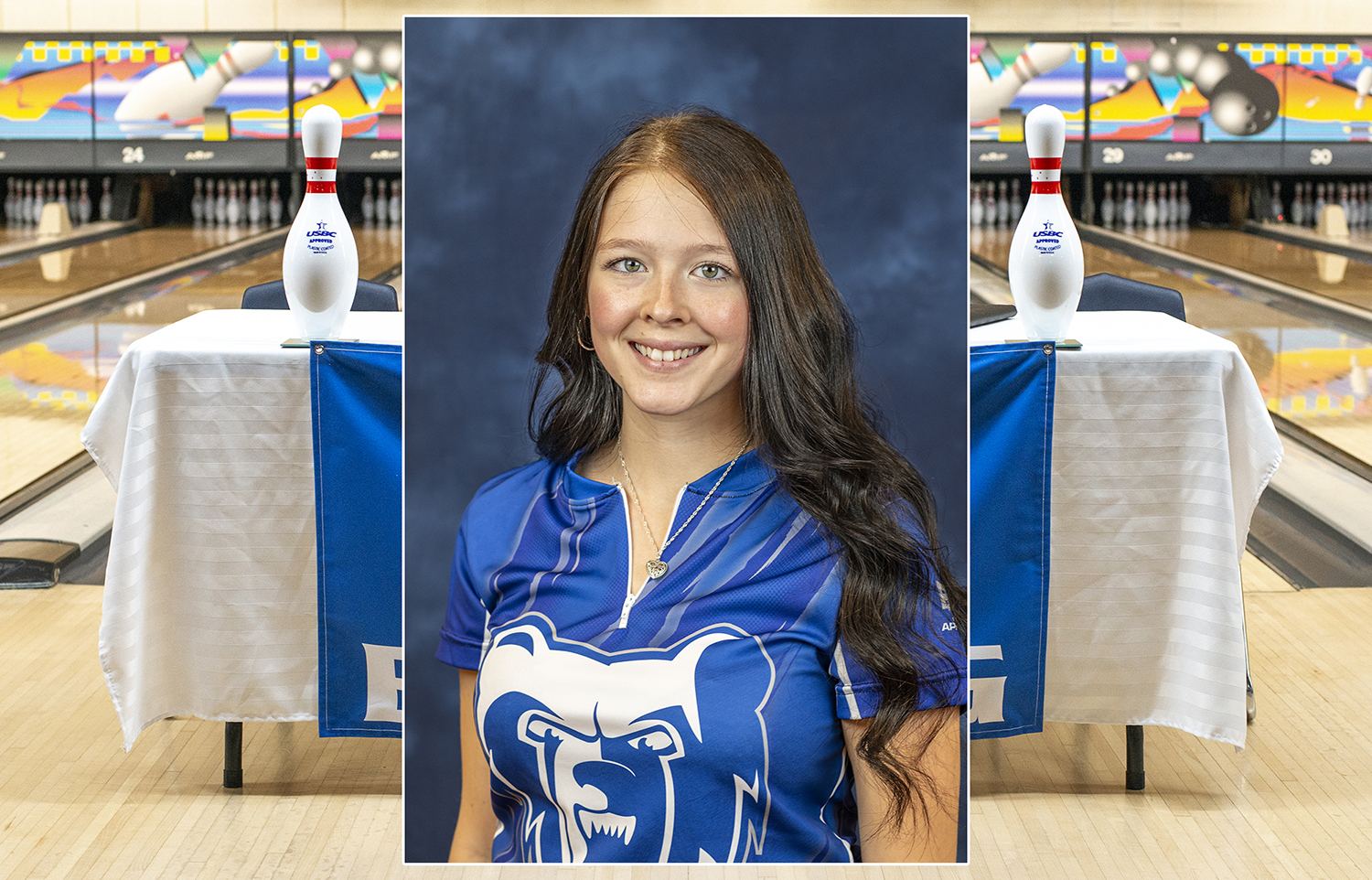 Kellogg Community College women’s bowler Rilee Cooper-Lewis took the high-series score Friday with a score of 602 at the KCC Invitational at M66 Bowl in Battle Creek.

It was the second first-place finish at an invitational in as many weeks for Cooper-Lewis.

The Bruins finished in third place as a team at Friday’s competition with an overall team score of 3,987. The first-place winner was Jackson College with a team score of 4,146.

Cooper-Lewis (Quincy/Coldwater High School) also bowled the high game with a score of 201.

Head KCC Bowling Coach Brad Morgan said the team looks forward to competing at the conference and regional finals this week, which begin at 9 a.m. Friday, Feb. 18, at Royal Scot in Lansing.