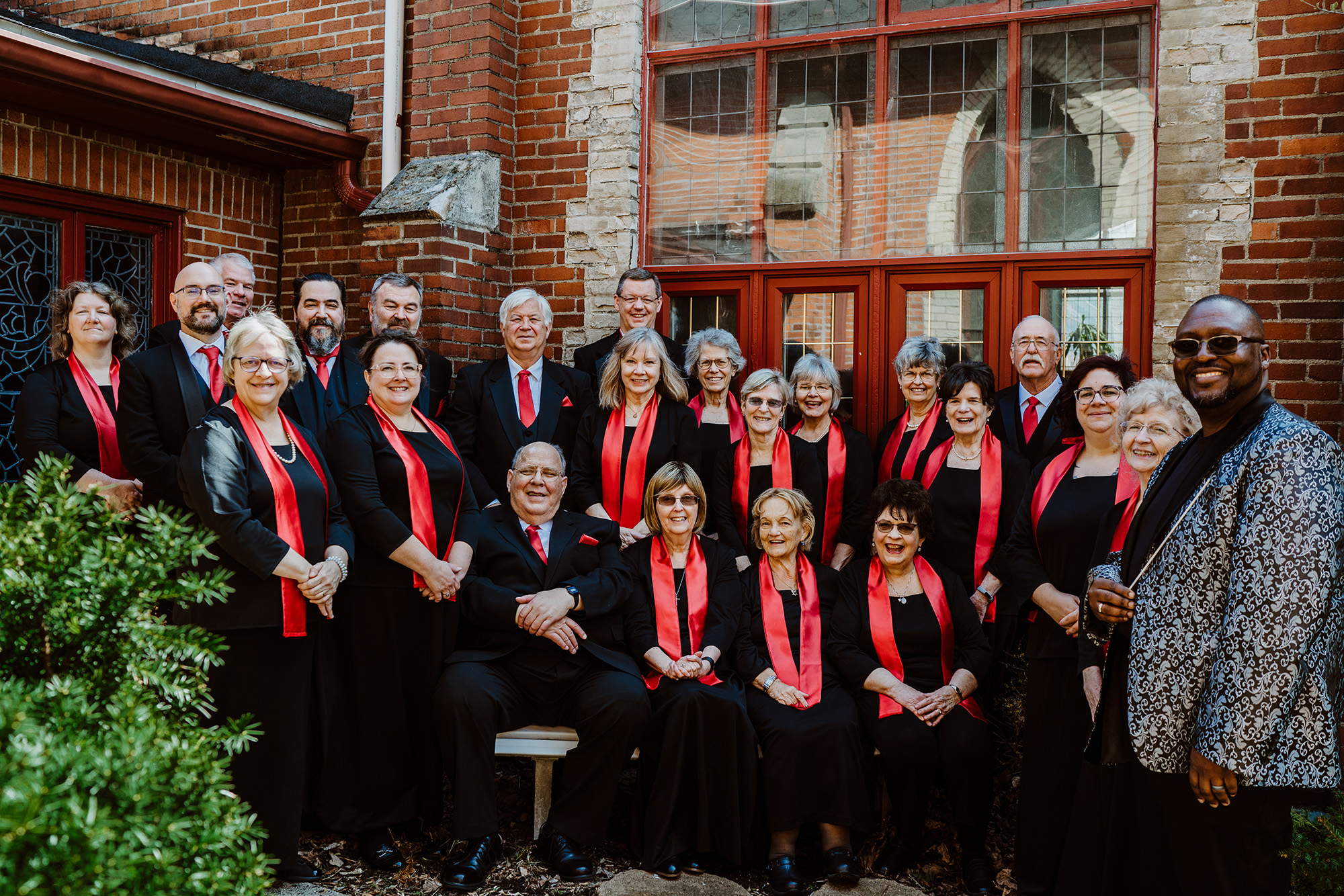 Kellogg Community College’s Branch County Community Chorus is accepting new members for its 2022-23 concert season and will host an open house for new members prior to the group’s first rehearsal in September.

The open house will begin at 6:30 p.m. Tuesday, Sept. 6, immediately before the first rehearsal of the season at St. Mark’s Episcopal Church, 27 East Chicago St. in Coldwater. Rehearsals will be held at the church from 6:30 to 9 p.m. every Tuesday September through May.

Singers interested in joining the BCCC may do so for personal enrichment or academic credit. For registration information, contact KCC’s Grahl Center campus in Coldwater at 517-278-3300 or grahl@kellogg.edu. All voice parts – soprano, alto, tenor and bass – are needed.

While there is no formal audition process required to join the BCCC, prospective choir members will have a brief vocal assessment and interview with director Dr. Gerald Case-Blanchard prior to the start of rehearsals. The registration and vocal placement processes are informal and low-pressure; anyone is welcome to join the BCCC regardless of musical background or experience.

Dr. Case-Blanchard, professor of vocal music and music area coordinator at KCC, said the Branch County Community Chorus is “a group of individuals who love making music and are always looking to expand its membership.”

“If you have a passion for singing and a willingness to learn, then we have a place for you,” Case-Blanchard said.

The chorus this fall kicks off its 22nd season of making music in Branch County. The 20-plus member group of singers is made up of community members and students from throughout greater Branch County and surrounding areas. Members have a variety of musical backgrounds, which range from very little formal musical training to advanced degrees in music.

The chorus will participate in a series of performances throughout the 2022-23 concert season, including:

The KCC Choral Union together with other collegiate and community choruses join with the BCSO to present this spectacular concert. Tickets available at yourmusiccenter.org/symphony.

Come and sing your favorite choruses from this popular masterwork by G.F. Handel. Presented by KCC’s Sacred Music Certificate Program.

Come and sing your favorite choruses from this popular masterwork by G.F. Handel in addition to your favorite holiday carols. Presented by the Branch County Community Chorus.

The Branch County Community Chorus, established by Deric Craig in the fall of the 2001-02 academic year, is a “town and gown” ensemble that produces high-level concert performances. Membership is open to anyone who wishes to sing with the group. Under the leadership of Dr. Gerald Case-Blanchard, who became BCCC director in 2004, the choir greatly expanded its repertoire to include not only the traditional classical repertoire (including works by Bach, Handel, Mozart and others), but jazz, show music, world music, spirituals, opera choruses and much more. During its 2006-07 concert season, the BCCC began a biannual choral touring program. The choir has since toured nationally and internationally, presenting concerts in the U.S. in Illinois, Indiana, Massachusetts, Michigan, Minnesota, New York, Ohio, Pennsylvania and Wisconsin. In the summer of 2012, the BCCC embarked on its inaugural European concert tour, presenting concerts in Cork, Dublin and Malahide in Ireland. The choir returned to Europe in the summer of 2014, presenting concerts in towns and cities along the Amalfi Coast of Italy.