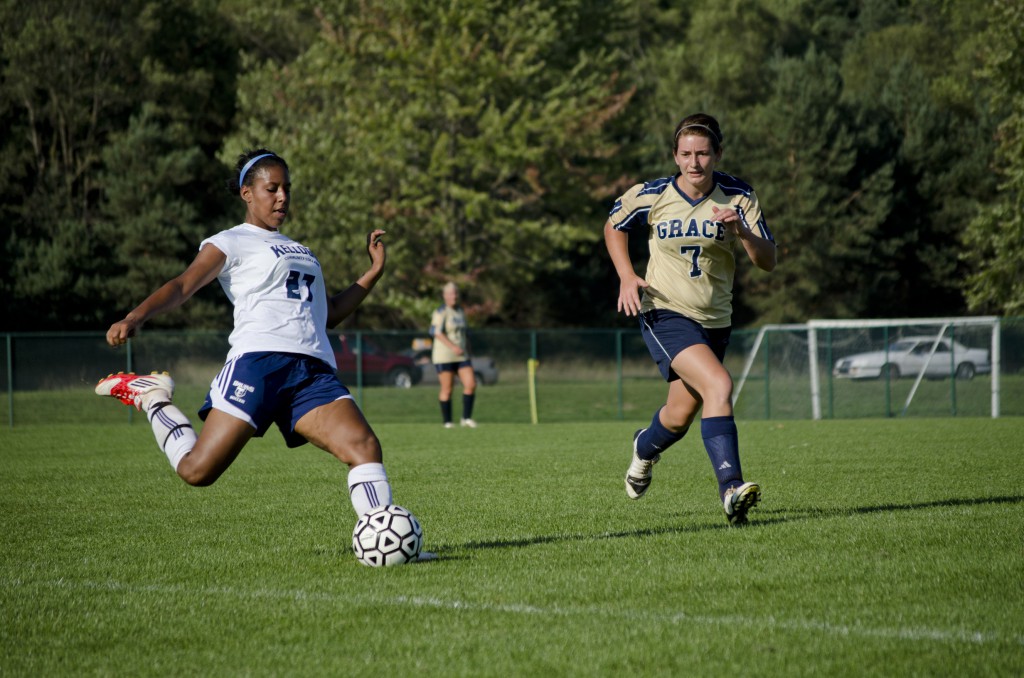 Barth Beasley, head coach of the women’s soccer team, said KCC dominated with 29 shots to one, and he praised Grace Bible goalkeeper Kerie Rudd, of Pennfield, for her 13 saves of the night.

Freshmen Savanna Lacey, of Flint, and Lurah Peterson, of Springport, each kept the Bruins’ goal for a half during the game, with Peterson racking up a single save.

The win leaves the Bruins 1-1-1 in the Michigan Community College Athletic Association’s Western Conference. Their next game starts at 4 p.m. Thursday, Sept. 13, against Siena Heights in Adrian, and their next home game starts at 3 p.m. Saturday, Sept. 15, at home against Delta College.

Pictured above is a scene from the team’s win over Grace Bible College on Tuesday.