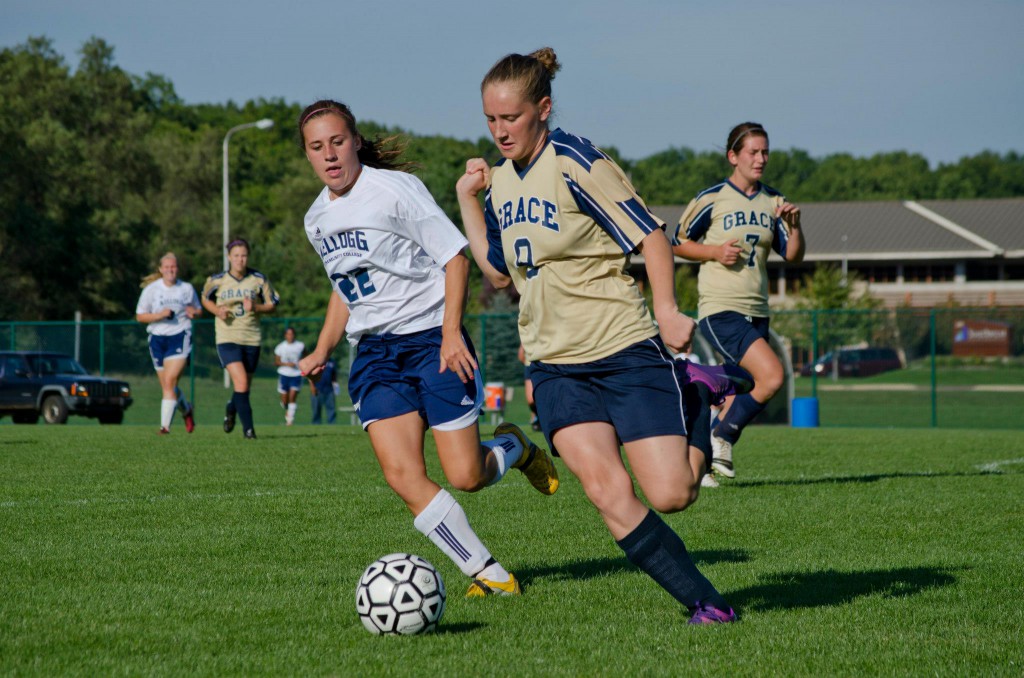 Coming off a two-win high at home last week, the Kellogg Community College women’s soccer team lost twice this weekend, falling 1-3 to Delta College at home on Saturday and 1-4 to Toledo’s Owens Community College on Sunday.

(The team was also scheduled to play Siena Heights on Thursday, but the game was canceled due scheduling issues.)

Here are some stats from this weekend’s contests:

Freshman Alexandra Guebara, of Decatur, scored the lone goal for the Bruins, assisted by sophomore Aubree Cable, of Battle Creek, in the first half. Freshmen Lurah Peterson, of Springport, and Savanna Lacey, of Flint, each kept the goal for a half, with Peterson racking up seven saves with one goal against and Lacey racking up three saves with two goals against.

This weekend’s games give the Bruins a 2-4-1 record for the season overall and put them last in their Michigan Community College Athletic Association Conference with a record of 0-2-1.

The women have a chance to move up in the standings through tomorrow’s home game against Schoolcraft College, which is currently ranked second in the MCCAA. The game starts at 4 p.m. on the soccer field on KCC’s North Avenue campus.

Pictured above is a scene from the team’s win over Grace Bible College last Tuesday.