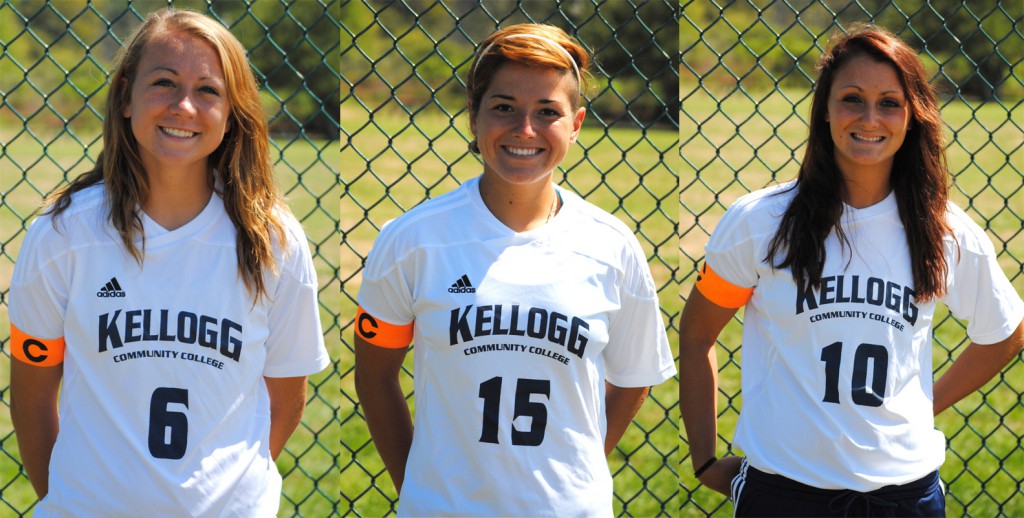 Barth Beasley, head coach of the women’s soccer team at KCC, had the following to say about each player:

“Aubree was one of the first players we signed to the women’s soccer program at KCC, which began in 2011. This year she applied all that was taught in the offseason to make an impact as our right defender/attacking mid, which was a change for her as a center midfielder. Outside of being All-Academic last year in the NJCAA, she grew on the field as well. She has offers to play in the NCAA Division II and in other conferences. Her goal is to become a nurse and we are excited for her as a captain and for the example she has set as a student-athlete at KCC.”

“She is a game-changer on our defense and has a lot of special moments in the game. You can see her heart and how she will change the dynamic of a game, especially when we have been down. She is a warrior that has lived up to all the hype from before she became a Bruin.”

“Lizzy was one of the first players we signed to the women’s soccer program at KCC. She has been a leader on and off the field by understanding the only place where success comes before work is in the dictionary. This year, we moved her from right forward to left mid. The most incredible thing about Lizzy has been her dedication to knowing that she never played club ball but could achieve her goals through hard work as an athlete.”

The fall 2012 season was just the second in Kellogg Community College history for the women’s soccer program. The team finished last in its MCCAA conference but showed marked improvement over the inaugural season, when the team finished scoreless.

This season, the Bruins finished with three wins including its first conference victory in program history, defeating Jackson Community College 1-0 at home in October.

Pictured above are, from left to right, Aubree Cable, Abbigale Guebara and Elizabeth Miller.